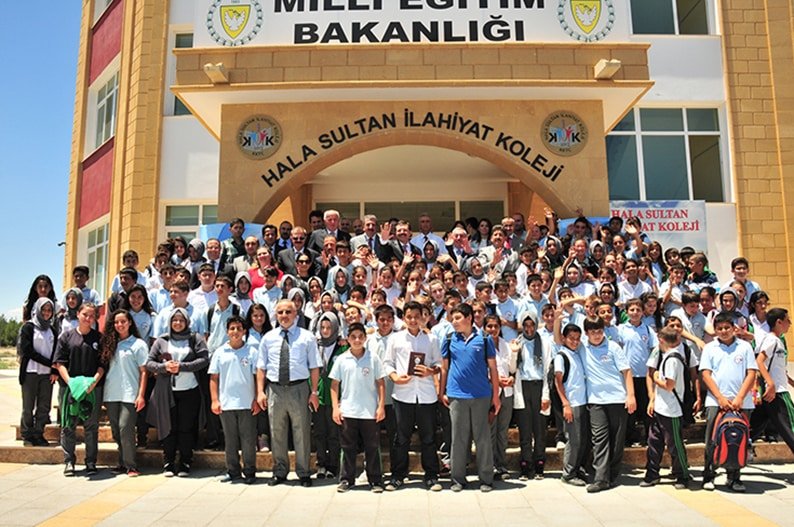 A group of teachers at the Hala Sultan Theology College in the north have complained to the ‘education ministry’ saying students are being forcibly woken up during the night to pray and being subjected to “religious pressure” by ‘vocational teachers’ sent from Turkey, Kibris daily reported on Tuesday.

The group allege the ‘vocational teachers’ from Turkey act as though they are the real administrators of the school and that their practices are contrary to the constitution of north, according to a letter they sent to the ‘ministry’.

“We are observing and dealing with unconstitutional practices that do not fit with our customs and traditions,” the document obtained by Kibris states.

While stating the school is not being inspected by the relevant authorities, the group say they are being told by students that the ‘elder’ students at school forcibly wake them up to pray and make a record of this.

“We see that those students that stay in the dorms are regularly tired and sleep deprived.”

The group also say that under the guise of vocational lessons, students are being incentivised with expensive gifts for Qur’an recital competitions, with awards ranging from laptops, gold and trips to Mecca.

Female students in relationships are encouraged to leave their boyfriends unless they marry them with their parents’ consent and students that wear the headscarf get congratulated, according to the group of teachers.

“The most deplorable thing perhaps is that some middle school students have said to some of our teachers, ‘I’m willing to become a martyr to enter heaven’”.

The Hala Sultan Theology College is a middle and high school which prepares students for university. It has regularly made the headlines in the north and a teacher’s union has unsuccessfully tried to get the state school shut down.

The group say that the headmaster of the school has been practically sidelined by the vocational teachers from Turkey.

They say they have been accused of encouraging “western imperialist” and “Christian” traditions on students in the run up to the new year.

Comments like “students will turn to stone if they celebrate Christmas” were common, the group said.

The group called on the education ministry to urgently look into the matter and take necessary action.

Death of Dolores O’Riordan is not being treated as suspicious