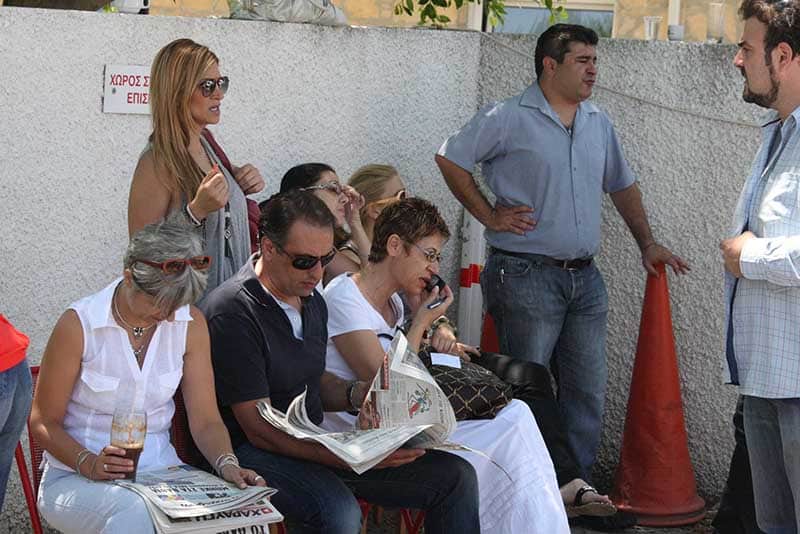 The journalists’ union (ESK) called on the government on Tuesday to reinstate the disability pension to a reporter who worked for the state broadcaster and was diagnosed in 2007 with encephalitis, an illness the labour ministry had said was linked to the environment at CyBC.

Evdokia Loizou, 44, wrote to the ombudswoman to complain that the social insurance service had decided, following a ruling from a medical board that examined her on November 16, 2017, to cut her disability pension of €940 per month. At the same time CyBC asked Loizou to return to work.

Loizou was forced to stop working at CyBC in May 2010. The broadcaster’s board decided to stop paying her in April 2014 and the state pension was her only income.

ESK urged the head of the social insurance Theofanis Trifonos to rescind the decision to terminate the pension “which worsened the blatant injustice suffered by our colleague for the past decade.”

The union said the state should comply with the recommendations of the ombudswoman, which has since questioned the tests carried out by the medical board to arrive at its decision when doctors who treated Loizou said she was suffering from post encephalitic fatigue syndrome.

ESK said the state should step up and meet its basic obligations, pay for the completion of Loizou’s treatment abroad and only when she has fully recovered terminate the disability pension.

Ombudswoman Maria Stylianou Lottidis wrote to Trifonos asking him, among others, whether the medical board had taken into consideration previous reports and whether he was satisfied that adequate medical evidence regarding her illness and general health condition had been provided.

Lottidis also wants to know how much emphasis the board placed on a test that showed normal oxygen saturation conducted on the day the it convened, considering Loizou’s blood oxygen drops were abrupt and unpredictable.

The national broadcaster had been warned in 2002 by the ministry’s labour inspection service that it had detected “biological and chemical contamination due to the uncontrolled presence of animals in the workplace attributed to the poor condition of the premises” as well as large accumulation of bacteria as well as bad ventilation.

Papadopoulos says will ‘take on the establishment’