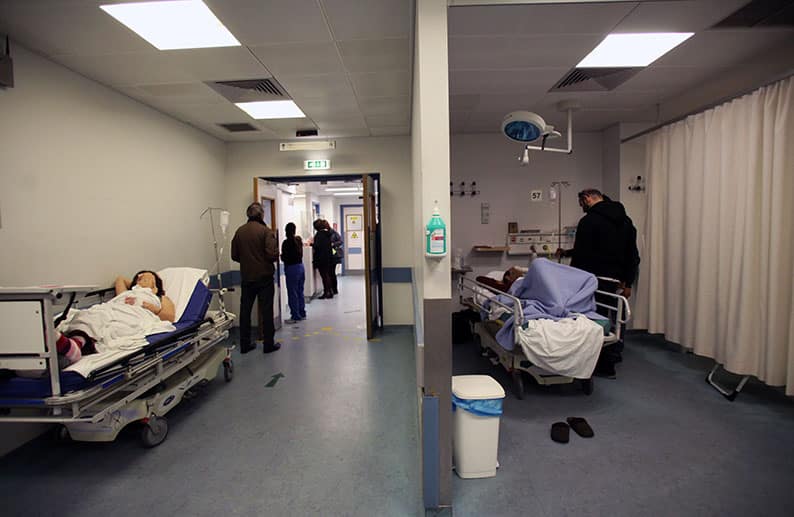 Staff at Nicosia general hospital are tampering with waiting lists and are refusing to use the hospital’s €43m software system, while one intensive care unit doctor took 94 days off work in 2016, it was revealed on Wednesday.

The findings were part of the Audit Office’s ‘extremely disappointing’ report into the state of affairs at the public health institution during 2016.

The report uncovered a state doctor doing unauthorised private practice, the absence of an internal audit, ineffective measures in collecting hospital bills, interference in patients’ waiting lists, and the possible waste of public funds from the non-effective use of the hospital’s integrated software system that cost more than €43m.

To sum everything up, the service said “the situation at the Nicosia general hospital is extremely disappointing”.

The Audit Office said that it had already reported to the attorney-general the case of a state doctor at the hospital’s pathology clinic who also works once per week, without permission, at a private business offering nursing and rehabilitation. He is also listed as on-call in cases of emergency with that clinic.

He was also found to register fake appointments for outpatients and using them to prescribe medication or refer patients for lab tests.

“According to a complaint, these are possibly used for the patients at the clinic where he works,” the auditor said.

The doctor, the report said, had issued drug prescriptions on 259 instances between 2009 and 2017 but without the patients whose name was on the prescription having visited the hospital’s outpatient clinic on the date of the appointment.

Another doctor, working at the hospital’s intensive care unit (ICU), was absent from work for a very long period of time without obtaining permission for all of it from the public service commission.

According to report, this was the very same doctor who had made statements to the media recently about the serious impact of understaffing at the hospital’s ICU.

“The question raised is whether the many absences of this particular ICU physician from the hospital have caused or contributed to the under-staffing,” the report said.

The doctor also states on LinkedIn that he is also locum consultant in respiratory medicine in another country’s national health scheme, the report said.

The report also found that despite instructions since 2015 for all staff to clock in and clock out of work, medical staff continue to refuse to do so.

The report also found unsatisfactory utilisation of the hospital’s resources, after discovering that two operating rooms are left unused during the morning, one for emergencies and the other, according to the hospital’s management, from lack of staff.

But the Audit Office said there were available doctors and anaesthesiologists with free time during those morning hours.

It also said that, on some occasions, it was observed that the schedule of operating rooms was not utilised properly as patients admitted for surgery waited for up to 60 minutes to be treated by anaesthesiologists during the morning, while “the corresponding time for the same procedure for surgical operations performed outside work hours (overtime) was only up to 30 minutes”.

The hospital’s management had justified that by saying that this depends on the medical condition and age of each patient but may also be due to technical difficulties.

As regards waiting lists, the report said they found clear cases of interference.  During a check on the orthopaedics clinic it was discovered that patients put on the list in 2011 and 2013 and marked as urgent or very-urgent had lost their turn to others who had been registered in 2015 and 2016.

The reluctance of staff to use the hospital’s software system which could help in resolving many of the problems faced concerning issuing invoices, updating surgery patients lists, patients’ records and drug prescription was a major concern, the report said.

Even the management of the hospital’s coffeeshop came under scrutiny. The report noted that the hospital is owed €1.3 million in rent

Speaking after the report was released, the chief medical officer of the hospital, Marios Loizou, said he did not agree with the ‘extremely disappointing’ assessment of the Audit Office. He said that although many of the report’s concerns were valid, it failed to take into consideration the “scary volume of work”, understaffing and the enormous efforts of the entire staff and was instead stuck on technical data.

Health Minister Giorgos Pamboridis said that the report would be “a tool” for improving public healthcare services.

He added that the findings proved the inadequacy of the existing system. He stressed the need to push forward with the administrative and financial autonomy of state hospitals, which is the first step towards implementing the National Health Scheme.