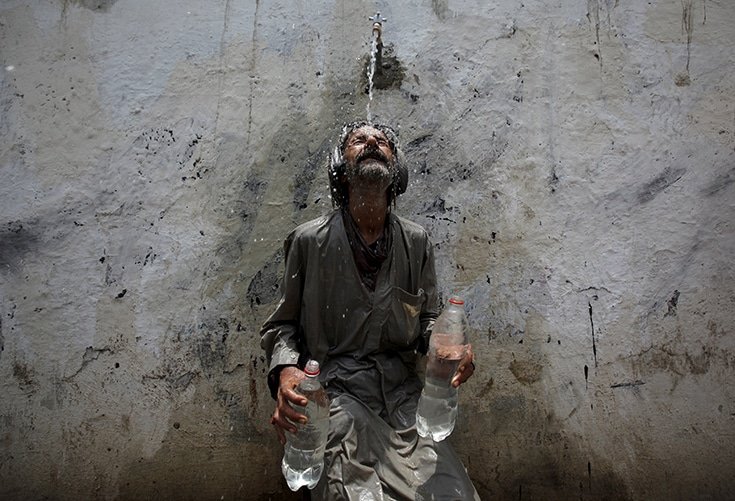 Last year was the second or third warmest on record behind 2016, and the hottest without an extra dose of heat caused by an El Niño event in the Pacific Ocean, the United Nations said on Thursday.

Average surface temperatures in 2017 were 1.1 degree Celsius above pre-industrial times, creeping towards a 1.5C ceiling set as the most ambitious limit for global warming by almost 200 nations under the 2015 Paris climate agreement.

Last year was indistinguishable, so far, from 2015 as the second or third warmest behind 2016, making 2017 “the warmest year without an El Niño”, the UN’s World Meteorological Organisation (WMO) said.

Temperatures in both 2016 and 2015 were lifted by an El Niño, a natural event which can disrupt weather patterns worldwide every few years and releases heat from the Pacific Ocean into the atmosphere.

“When even the ‘colder’ years are rewriting the warmest year record books, we know we have a problem,” said Professor Dave Reay, chair in carbon management at the University of Edinburgh.

Seventeen of the warmest 18 years since records began in the 19th century have now happened since 2000, confirming that ever more greenhouse gases are driving up temperatures, the WMO said.

Among extreme weather events last year, the Caribbean and the United States suffered a battering from hurricanes, the Arctic ended 2017 with the least sea ice for mid-winter and tropical coral reefs suffered from high water temperatures.

“Arctic warmth has been especially pronounced and this will have profound and long-lasting repercussions on sea levels, and on weather patterns in other parts of the world,” WMO Secretary-General Petteri Talaas said in a statement.

The findings, which match a projection by the WMO in November, now have full-year data including from Nasa, the US National Oceanic and Atmospheric Administration (NOAA) and Britain’s Met Office with the University of East Anglia.

The 2015 Paris agreement, which seeks to shift the world economy from fossil fuels this century, aims to limit temperatures to “well below” a rise of 2C above pre-industrial times while pursuing efforts to limit it to 1.5C.

US President Donald Trump, who doubts climate change is caused by man-made emissions, plans to quit the Paris accord.

A leaked draft of a UN scientific report shows that warming is on track to breach the 1.5C goal set by the 2015 Paris climate agreement by mid-century, unless governments make unprecedented economic shifts from fossil fuels.

Puigdemont ‘seeks to vote by proxy for comeback bid’