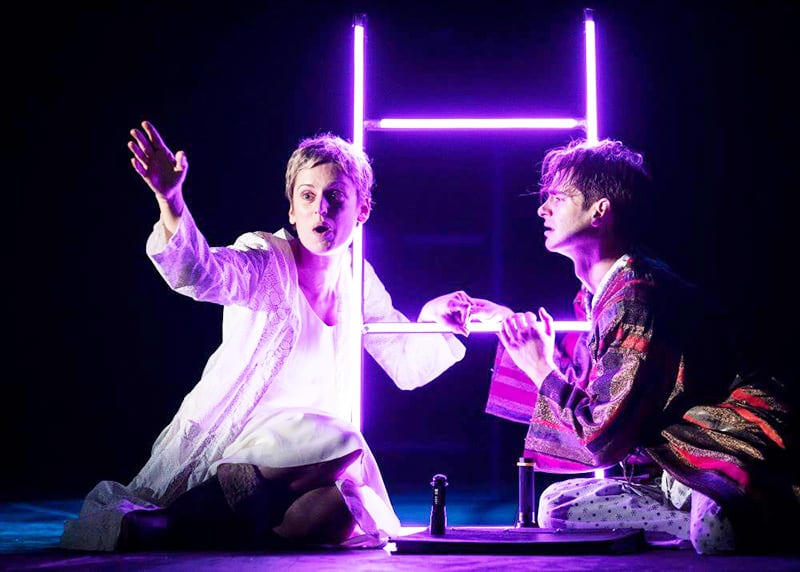 It’s a funny old world we live in – and, between the dramas and farcical moments of our everyday lives, we realise that much of what art holds up a glass to is what we, or those around us, have been through. Art, theatre and the cinema reflect on our times, on our circumstances and on our past, and this Tuesday those of you in Nicosia and Limassol can see how the theatre can reflect our angels and demons.

These angels and demons will be played out at the Rialto Theatre in Limassol and the THOC new building in Nicosia, with the screening of part one of the multi-award-winning two-part play Angels in America: A Gay Fantasia on National Themes on Tuesday.

The play, which premiered its first part in 1991 and its second part in 1993, has won numerous awards, including the Pulitzer Prize for Drama, the Tony Award for Best Play and the Drama Desk Award for Outstanding Play. It is a complex play which is often metaphorical, and at times symbolic. Its main theme is AIDS and homosexuality in America in the 1980s, when New Yorkers grapple with life and death, love and sex, heaven and hell. Initially and primarily focusing on a gay couple in Manhattan, the play also has several other storylines, some of which occasionally intersect. Certain characters are supernatural beings in the form of angels or deceased persons in the form of ghosts, and it contains multiple roles for several of the actors.

The first part of the play is entitled ‘Millennium Approaches’ and the second ‘Perestroika’. ‘Millennium Approaches’ is set in New York city in October 1985. Louis Ironson, a gay Jew, learns that his lover Prior Walter has Aids. As Prior’s illness progresses, Louis becomes unable to cope and moves out. After being abandoned by his lover, Prior begins to receive visits from a pair of ghosts who claim to be his own ancestors, and hears an angelic voice telling him to prepare for her arrival.

The other character in the play, Joe Pitt – a closeted gay Mormon and Republican – is a law clerk in the same office where Louis has a clerical job. Joe is offered a position in Washington but is hesitant to take on the role due to his agoraphobic wife Harper, who refuses to move and who is convinced that her husband does not love her in the same way she loves him – something that is confirmed when he comes out to her. Harper then uses drugs to escape her real life, and ends up in a dream where she crosses paths with Prior, a man she has never met in the real world. While she has strange dreams, and wanders the streets of the city, Joe begins an affair with Louis.

The character in the play who connects all the others is notorious real-life lawyer Roy Cohn, who is deeply closeted and has just learned he has Aids. He uses his political connections to get his hands on a supply of an experimental drug called AZT. While in hospital, he is visited by ghosts.

Part one of the play ends with Prior being visited by an angel, who tells him he is a prophet.

The new staging of Tony Kushner’s play at the National Theatre, which is to be screened for us on Tuesday, is directed by Olivier- and Tony-award-winning director Marianne Elliott (The Curious Incident of the Dog in the Night-Time and War Horse). Andrew Garfield plays Prior Walter along with a cast including Denise Gough, Nathan Lane, James McArdle and Russell Tovey.

The second part of the play will be screened on January 30.