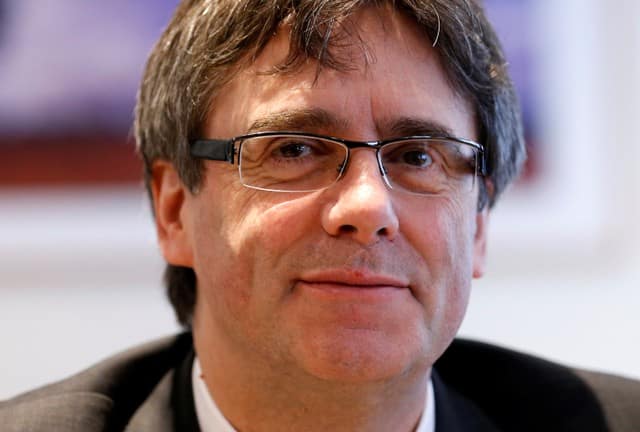 Catalonia’s fugitive separatists on Thursday sought to get around a Spanish government ban on voting via webcast in a regional leadership election by seeking to vote by proxy instead, paving the way for a new confrontation with Madrid.

The region’s former leader Carles Puigdemont, who has been in Brussels since October to avoid arrest for leading a secession bid, is the separatists’ candidate to lead Catalonia again.

He and two other lawmakers from his party asked the regional parliament’s committee to let other lawmakers cast their votes for them in the ballot, the first round of which must be held by Jan 31, a source from Puigdemont’s party said.

Spanish Prime Minister Mariano Rajoy earlier said the former leader could not vote or be elected if he was not present at the assembly, after some in his party suggested Puigdemont might rule Catalonia from abroad.

“Today, we asked parliament to allow a delegation of votes for the three lawmakers who are in Brussels,” the source said.

The Catalan parliament’s committee, which overseas how the administration runs, was set up on Wednesday with a majority of separatist members.

While the question of voting and ruling from abroad has received lots of attention recently, the Spanish government has also warned that it would appeal to the Constitutional Court if the committee allowed Puigdemont to vote by proxy.

Members of the parliament’s committee can be held legally responsible for their actions. Some members of the previous committee are the target of a judicial probe over the illegal independence referendum organised in October.

The previous Puigdemont-led administration made a unilateral declaration of independence in October after the referendum, triggering one of Spain’s biggest political crises since its return to democracy four decades ago. The government in Madrid imposed direct rule on the region.

Rajoy called regional elections on Dec 21 in a bid to weaken the independence movement, but the vote returned an assembly with a separatist majority.