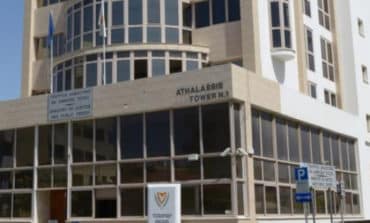 Cyprus has no request for legal assistance in the case of Maria Efimova, the slain Maltese journalist’s source, who has also expressed fear for her life, a ministry of justice and public order source said.

“We have nothing to do with the case of the journalist in which she is implicated as a witness,” the source said in a telephone interview on Friday. “There is a case here in Cyprus”.

A request for legal assistance is filed only in cases of persons who are facing charges, she added.

The police issued an international and European arrest warrant against Efimova and her Cypriot husband after a previous employer, the Limassol-based I.D.F. Frangrance Distribution Ltd, filed a complaint over the alleged embezzlement of funds. Efimova, who later worked at Malta’s Pilatus Bank, was a source of Daphne Caruana Galizia, who lost her life in a car bomb attack in October after she exposed suspicious transactions involving Egrant Inc., a Panamanian firm owned by Michelle Muscat, the wife of the island-state’s prime minister Joseph Muscat. Egrant had received transfers from an account linked to the daughter of Azerbaijan’s Ilham Aliyev.

The justice ministry source said in response to a question about the possible handling of the case should Efimova return to Cyprus to face charges at the court, that Cyprus could not extradite her to Malta in the absence of a request for legal assistance.

How the government would act, should Malta does file a request for legal assistance in Efimova’s case, given that members of the European Parliament (MEPs) asked member states to grant her asylum or protection, the ministry source said that this was a “hypothetical scenario”.

The source added that Cyprus received no other request related to the case of Caruana Galizia’s case from Malta.

Efimova said in a January 18 interview that she had applied for asylum in an unspecified European Union country.