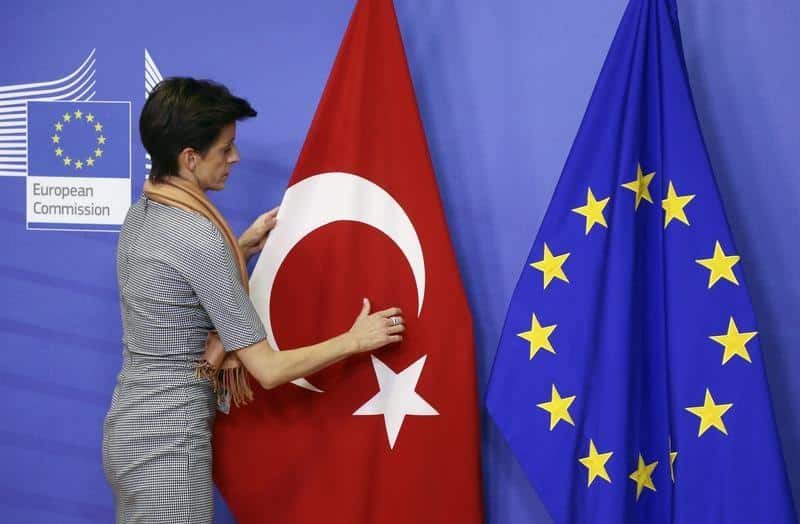 Turkey would reject any offer of partnership with the European Union that falls short of membership, Ankara’s minister for EU affairs said, warning that the current impasse gave Turkey no reason to maintain its migrant deal with the bloc.

In an interview with Reuters, Omer Celik batted back recent comments from French president Emmanuel Macron, who has mentioning the possibility of a partnership rather than full EU membership. Developments in Turkey did not allow for progress in its decades-long push to join the bloc, Macron has said.

“A privileged partnership or similar approaches, we don’t take any of these seriously. Turkey cannot be offered such a thing,” Celik said.

“Whatever it would be called, a privileged partnership or cooperation against terrorism, such an offer will not even be considered by Turkey.”

The EU has expressed concern over Turkey’s crackdown on suspected supporters of a failed 2016 coup. Around 50,000 people have been arrested pending trial and 150,000, including teachers, journalists and judges, sacked or suspended from work. President Tayyip Erdogan says the crackdown is necessary to counter the multiple security threats Turkey faces.

Turkey has said it wants a better ties with Germany in 2018. Nonetheless, Europe’s negotiations with Ankara have remained frozen since December 2016, European Commissioner Johannes Hahn, who oversees EU membership bids, told Reuters this week, adding there were no talks on a proposed free-trade deal.

Hahn also played down Ankara’s overtures about a fresh start in 2018.

“Nothing has changed,” he said. “It is good that Turkey understands we need a functioning relationship and that Turkey is not just President Erdogan. But the accession process is essentially frozen and for many member states, they feel it is best to leave it that way.”

Celik said the European Union was not honouring all parts of a deal to stem the flow of migrants westwards from Turkey in return for €3 billion in financial aid to Turkey and other support.

The financial aid was “not working well”, no new chapters had been opened in Turkey’s EU accession efforts and there had been no development on expanding a Turkish-EU customs deal, he said.

“Technically there’s no reason for Turkey to maintain this deal,” Celik said.

The migrant deal also included the lifting of short-term visa requirements on Turks. But its implementation has been waylaid by disagreement over Turkey’s anti-terror laws, which Europe says are too broad and need to be narrowed to meet European standards.

“The Turkish offer for visa liberalisation is largely complete, and will be presented to EU after approvals from the president and the prime minister,” Celik said.

“But amendments to it, if any, will not change the main perspective on our fight against terrorism, or will not weaken it in any way.”