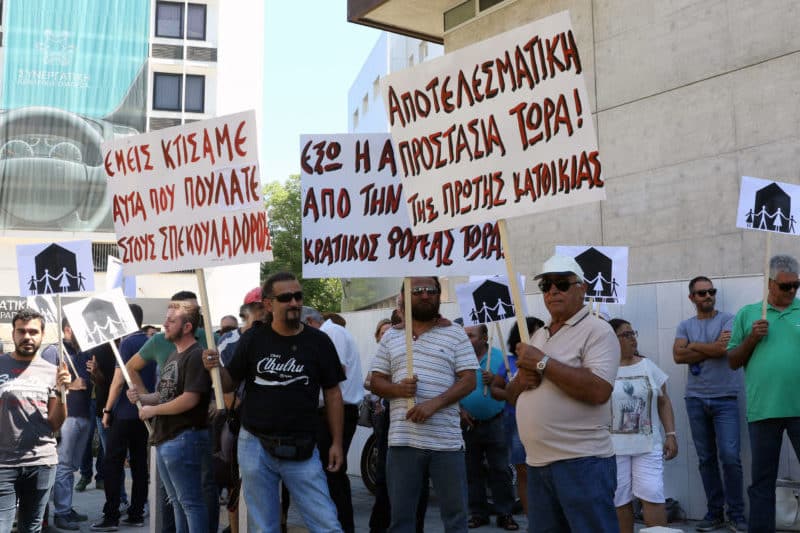 Loan repayment culture in Cyprus is bad and the legislation in place is doing little to improve it even as it is threatening financial and macroeconomic stability, was the main conclusion of a recent panel discussion.

Explaining the high level of non-performing loans (NPLs) with weak lending practices is “not the whole story,” said Vincenzo Guzzo, the representative of the International Monetary Fund in Cyprus (IMF), at a discussion organised by the Cyprus Economic Society in Nicosia this week.

Given that it takes up to 1,000 days between filing a lawsuit and receiving a payment, unsurprisingly, Cyprus has the longest average payment duration from business to business in the European Union of almost three months, Guzzo added. NPLs in Greece were about 60 per cent of the economy.

Additional data, presented by a Central Bank of Cyprus economist further underscored the picture presented by the IMF official.

While the average income of the households with 90 days-past-due loans fell from €37,082 in 2010 to €23,561 in 2014, the value of their real assets were double their un-serviced loans, the bank supervisor’s chief economist George Kyriacou, one of the panellists said.

The value of their real assets was €399,997, on average, and excluding the value of the primary residence of households with delinquent loans, their worth was €203,092.

In addition, this category of households had an average of €6,643 in deposits.

“The people who have these loans have real assets and that is why we have debt-to-asset swaps,” as part of loan restructurings, he said.

On the other hand, pressure to enter loan restructuring negotiations on delinquent borrowers is still low in Cyprus as it takes up to ten years to foreclose a property, which again appears to co-relate with the banks’ high NPL stock, according to Guzzo who cited 2014 figures.

“This is alarming,” he said, as it discourages borrowers to show lack of discipline and strategic default.

Cyprus reluctantly modernised its insolvency and foreclosure legislation after it signed its 2013 bailout agreement and the limited number of foreclosures after the introduction of the new law does not allow safe conclusions about the impact the new law had on speeding up procedures.