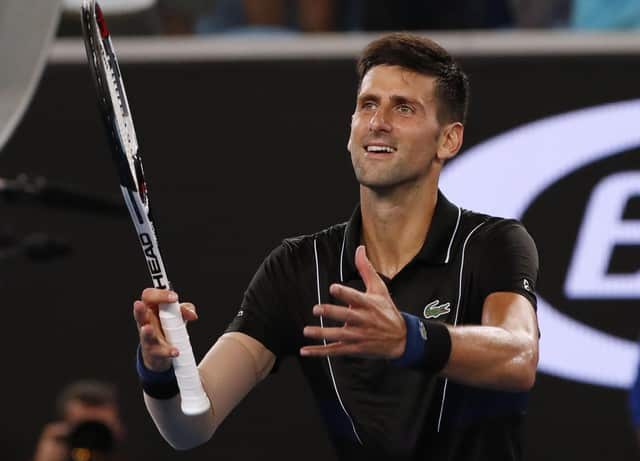 Former champion Novak Djokovic added an apparent muscle strain in his lower back to concerns about his problem elbow but still overpowered Spaniard Albert Ramos-Vinolas 6-2 6-3 6-3 to reach the fourth round of the Australian Open on Saturday.

After holding serve to lead 2-1 in the second set, the 14th seed took a medical time-out and lay down on Margaret Court Arena as a trainer worked feverishly on his lower back.

The injury did little to restrict the six-times champion Serb as he returned to break the 21st seed in the next game before rolling on to a fuss-free victory in two hours and 21 minutes.

Djokovic will face South Korea’s young gun Chung Hyeon in an intriguing intergenerational battle for a place in the quarter-finals.