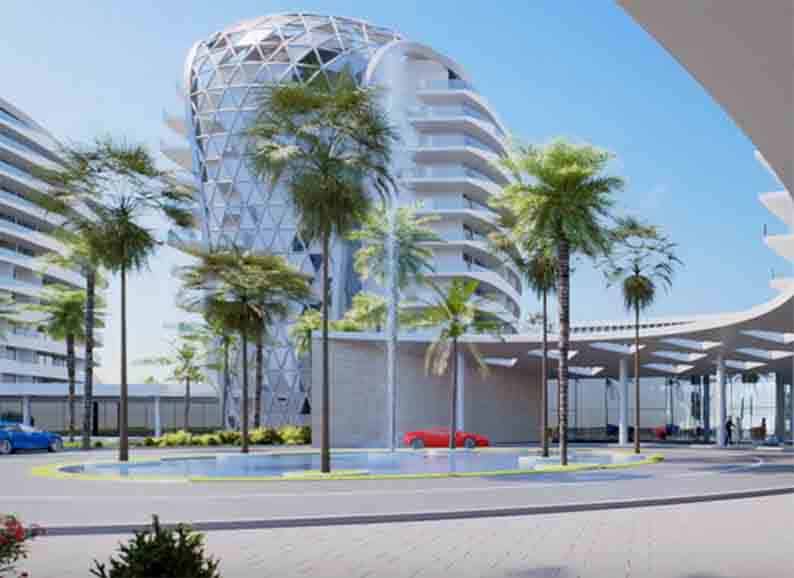 A PROPOSED €3.4 billion development project in Geroskipou in Paphos has finally been given a partial green light after protracted delays.

Eden City, a project by Hungarian investor Atum Developments, is headed up by Sandor Kenyeres, and includes the construction of an artificial ‘luxury lifestyle’ island, a university, five-star hotel-resorts, multi-floor towers, medical centre, event and conference facilities and a marina

Michalis Pavlides, mayor of Geroskipou, confirmed to the Sunday Mail that licences  for part of the project have finally been granted and said that as long as stipulations are adhered to, it will be a good investment for the area, describing it as ‘prime virgin real estate’, ripe for development.

“We don’t have a problem as long as the criteria, such as protecting the environment and archaeology, are adhered too,” he said.

Kenyeres is a Hungarian property developer, and actively supports the scientific community of central and Eastern Europe. He headed up a renovation project for Budapest’s Buda city centre, and along with Eden City is involved with a number of other projects in Europe, including hotel and housing construction.

Sources close to the investor, who wish to remain unnamed said that the company is being granted a town planning permit to proceed with the construction of the five-star, 221 room Peninsula Hotel Resort and two housing blocks of 11 stories and 122 apartments on church-owned land.

“The project runs in parallel to the negotiation process for the whole Eden City project and is a way for the company to actively show its interest in investing in Cyprus in spite of the delay.”

Eden City consists of three parts: the Peninsula which will be constructed on church-owned land, the Garden of Eden similarly on state-owned land and Divina Island, artificially created in the sea. 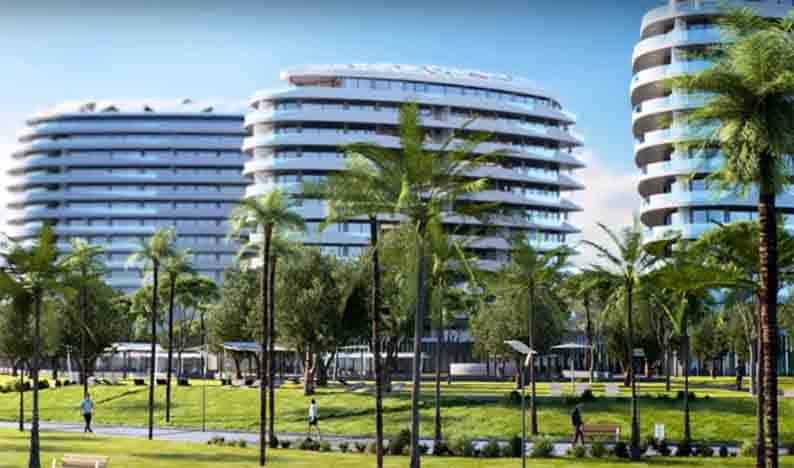 The Peninsula will include a five star hotel resort tower complex, which will house the first international branded five-star hotel, as well as housing complexes with event and conference facilities.

The Garden of Eden will include a university, accommodation and a library, an international conference and congress centre, medical centre and public parks. Existing sports facilities in the area and the ‘Germanina farm’ will also be upgraded.

The source said that the creation of Divina artificial island- a first for the Mediterranean- will feature five-star hotels and resorts, luxury villas and flats, mooring facilities for private craft, as well as a bridge used as a road link to the rest of the complex.

He noted that the project’s implementation will have multiple benefits for the Cyprus economy, including more than 10,000 new jobs for the Paphos region and more than €750m generated in state revenue from the lease agreement.

“Tourist seasonality will be combated by promoting Cyprus as the best and newest tourist destination for conferences, meetings and events and the project will contribute to the government’s efforts to upgrade Cyprus as an attractive international investment destination,” he said.

However, Pavlides said that discussions regarding the creation of an island had stalled and that it “wasn’t wanted locally”.

“It would destroy all of the coastline and the beaches, we don’t want it,” he said.

The source clarified that plans to construct the island are dependent on the result of the valuation of a plot of state-owned land. He explained that the project has been held back by a series of delays and that the company is currently negotiating with the state to finalise the master plan and the terms and conditions of the Lease Agreement of state land,  one of the plots to be utilised in the project.

“The negotiations are being delayed because of the difference in the methodology used by the company and the state’s negotiating team to evaluate the land.”

An independent evaluator was appointed to determine the value of the land to enable both parties to reach an agreement. The company is waiting to be informed of the outcome and is ready to proceed with the overall negotiations, he said.

He added that that the specific plot of state land does not have access to the sea and that its’ potential depends on the inclusion of church land and the construction of the artificial island, exclusively at the company’s own cost.

“The outcome of the negotiations and the opinions of all competent departments will define whether the artificial island will be constructed or not”, he said.

Once the negotiation is successfully concluded and all necessary permits are issued, the project is expected to be completed within a 15-year period. Construction will take place at different stages.

Antiquities uncovered at the proposed hotel site so far will be protected and integrated in the project, ‘as per the antiquities department’s guidelines,’ and excavations continue at the hotel site, he said adding that the department has given a green light for the construction of two housing blocks.

He added that the developer would adjust any plans according to the antiquities department guidelines.

The ambitious project is not being welcomed by everyone it seems. Environmentalists and many locals are against the project, saying it will destroy the area and is ‘tacky’.

Andreas Evlavis, of the Paphos Green Party said the Greens are opposed to the project and that developments such as these, which are prevalent in Gulf countries, are not suitable for Cyprus.

“Cyprus has its own character and people visit Paphos for other reasons and not for high-rise buildings.”

He said that the trend of building multi-level buildings, which started in Limassol some years ago, is detrimental to the environment and totally out of place. He also said that necessary licences are being given out more easily, as it’s ‘just ahead of election time’.

“The idea of building an artificial island here is ridiculous and will destroy the area. These are homes for rich people and will not benefit the economy as they suggest. It’s all about money.”

“It’s crass, vulgar and tacky and we don’t want this kind of development here. Any development should be sympathetic to the countryside and have the least impact possible, this is the opposite,” she said.

Tales from the Coffeeshop: Rusfetology and the fear of mutual humiliation