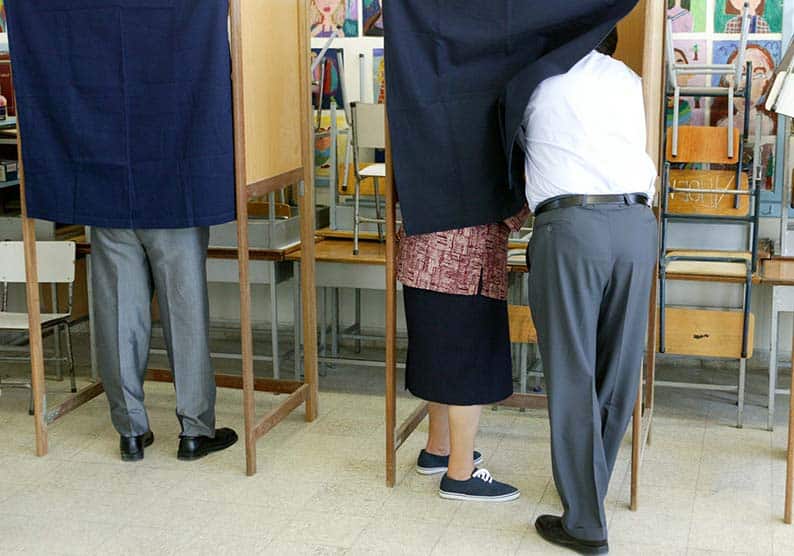 WE HAVE entered the final week before the presidential elections with all the interest centered on who will come second and earn the right to lose to President Anastasiades in the second Sunday run-off. Not an intriguing prospect, but Anastasiades has an unassailable lead, according to the opinion polls, all of which indicate he would comfortably win the run-off regardless of who would be standing against him.

This may be one of the reasons this election has roused so little public interest. The only excitement will be provided by the close contest for second place between Stavros Malas and Nicolas Papadopoulos. Recent opinion polls show Malas ahead by between two and four percentage points but this could be overturned in the last few days, especially as most polls have a margin of error of +/- 2 per cent; an Antenna TV poll on Friday showed Papadopoulos ahead again. The election camps of the two candidates have stepped up their attacks on each other in the last few days and things are likely to turn nastier as election-day approaches, something that perfectly suits Anastasiades.

Public apathy cannot be attributed solely to the predictability of the outcome – the uncertainty in the fight for second place is nothing more than a sideshow – because there are other factors at play. It appears the electorate is changing, having different demands of the candidates nowadays and showing no interest in the old-fashioned way the election campaign is being conducted. How ironic that candidates, who do little else than pander to voters, appear so out of touch with the electorate, which they have consistently failed to engage in the campaign, even on the most superficial level.

Nothing illustrated this better than the big rallies in Nicosia by the three main candidates. The Malas rally, last Monday had a good turnout, only because it was followed by a free pop concert given by well-known and popular performers from Greece. When Akel, with its loyal and obedient following, needs to stage a pop concert to attract a good crowd to listen to its presidential candidate, it could safely be said that the political rally is dead as political activity. The following night Nicolas Papadopoulos held his rally in a big indoor stadium and it was half-empty, presumably because he offered no entertainment to lure the crowd. Recognising the possibility his rally, scheduled for this week, could be an embarrassment rather than a show of strength, the wily Anastasiades decided to call it off.

Candidates, despite their promises of change and modernisation, are old-school, under the illusion that what worked politically in the seventies and eighties – election rallies filled Eleftheria Square in those days – can still work today. Even the campaign discourse is antiquated, trading on big promises that only the most naïve and gullible voters would take seriously. We have heard among other things that all haircut victims would be compensated, research and innovations programmes will create 6,000 jobs, pensions will be doubled, a gas pipeline to Greece is on the cards and much more. These empty promises are laughed at and ridiculed on social media, but the candidates are oblivious to what is going on and the derision their declarations provoke.

This discredited, old school electioneering is also evident in the candidates’ approach to the Cyprus problem. Pragmatism has been discarded and the candidates, including the supposedly pro-reunification Malas, have been using the Spyros Kyprianou Cyprus problem technique, which involves paying lip service to a settlement, while setting conditions for talks that everyone knows the other side will never accept. It is a dishonest game, that nobody takes seriously but candidates persist with, under the illusion it wins votes. On top of this, they all assert they will deliver the perfect settlement that everyone knows is well beyond their powers and capabilities.

Why the candidates remain committed to this primitive type of electioneering, when they are all surrounded by teams of communications experts, who carry out surveys, listen to focus groups and formulate strategies, is difficult to understand. Do the experts believe that the electorate, in the era of social media, remains as naive and gullible as it was 20 and 30 years ago? Even the Akel support, derided as a ‘flock of sheep’ that would jump off a cliff if the party ordered them to do so, openly questions and ignores its leadership now. Political rallies do not work because people refuse to play the role of extras applauding the leader’s words.

Perhaps the disinterest and apathy generated by the 2018 election will force our politicians to re-think their campaign methods. They may at last realise that the electorate is much more critical and disbelieving than it once was and therefore not so vulnerable to lies and empty promises.

The election is not in the bag Mr President

Tales from the Coffeeshop: Rusfetology and the fear of mutual humiliation