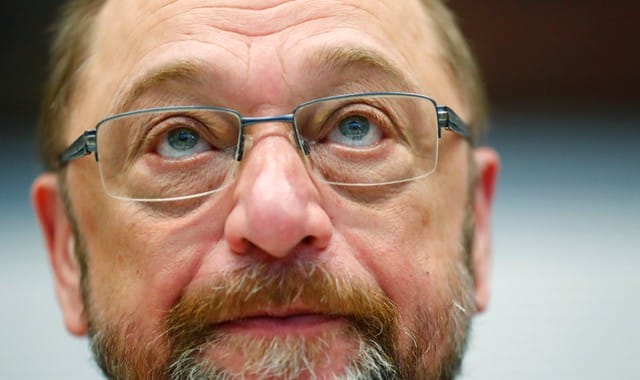 Germany’s Social Democrats (SPD) on Monday demanded concessions on immigration and healthcare from Chancellor Angela Merkel’s conservatives in looming coalition talks that the centre-left party voted for at the weekend.

At an SPD congress where divisions over the proposed alliance were laid bare, 56 per cent of delegates voted on Sunday to start formal negotiations on the basis of a blueprint agreed earlier this month.

That was a narrower margin than many analysts had predicted and put pressure on SPD leaders to refine the initial agreement to appease reluctant members.

Merkel, SPD leader Martin Schulz and the leader of Merkel’s CSU Bavarian allies, Horst Seehofer, will meet on Monday and the full talks may start as early as Tuesday.

“I think the conservatives have understood that the SPD must be convinced,” SPD General Secretary Lars Klingbeil told public broadcaster ARD.

He said the SPD wanted to add a “hardship provision” to an agreement on immigration that limits to 1,000 a month the number of people who can join accepted refugees in Germany under family reunion rules.

He also hoped for a compromise on the single “citizen’s insurance” that the SPD wants to replace Germany’s private and public healthcare systems with, a measure opposed by the conservatives.

Some fear that if SPD leaders fail to deliver on such key issues, the party’s rank-and-file might reject a final deal – on which Schulz plans to ballot all 443,000 of its members.

Eyeing a fourth term as chancellor, Merkel wants the SPD to agree to a re-run of the ‘grand coalition’ that has governed Europe’s economic powerhouse since 2013.

She said she looked forward to intensive talks on forming a stable government and her priorities were preserving Germany’s economic strength and ensuring social justice and security.

The SPD vote will be welcomed by investors and Germany’s partners who worry that policymaking, both at home and in Europe, may become hamstrung by a political deadlock that is about to enter its fifth month.

Schulz, whose leadership was on the line on Sunday, said the vote handed him a “duty to fight for all those who had voted against”. “Let us now concretely improve the lives of people in the country,” he tweeted on Sunday evening.

The SPD’s parliamentary leader Andrea Nahles said she would negotiate “until the other side squeals”.

But Volker Bouffier, a lawmaker of Merkel’s Christian Democrats (CDU), said any major changes to the coalition blueprint in the formal talks should be ruled out.

“Coalition negotiations between the CDU/CSU and the SPD need to start quickly,” he told daily Bild. “The result of the exploratory talks stands. The key issues can no longer be called into question.”

Merkel has made clear that the blueprint will form the basis of negotiations but that many questions have yet to be clarified in detail.

Both parties suffered heavy losses to the far-right in national elections in September and Merkel was weakened further by the collapse in November of three-way coalition talks with other parties, raising questions about her future.

In the blueprint, there is a clause that envisages a review of the next government’s progress after two years to assess if changes are needed, sparking speculation that it might also be engineering an opportunity for Merkel to step down.