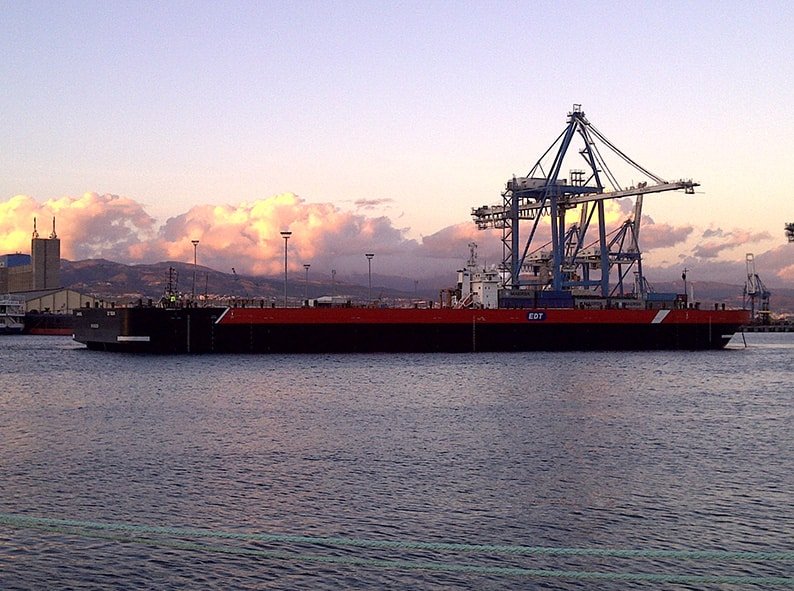 A EDT barge at Limassol port

Claims by the oil and gas services company EDT operating out of Limassol port that they have incurred damages because of omissions by the transport ministry are completely out of touch with reality, the ministry said on Monday.

In a brief statement following press reports that EDT was suing the government for €150m, the transport ministry said the claims had no legal basis, according to advice from their legal advisors.

On Sunday, left-wing Haravghi newspaper ran an article saying that according to the lawsuit, EDT claimed that since October 2016, the transport ministry and the minister, Marios Demetriades, kept giving assurances that developments regarding the privatisation of the port would “not cause any disturbance to the functioning of the work of our company “.

Operations at Limassol port were privatised at the beginning of last year.

The report also claimed that the ministry, through the Cyprus Ports Authority, handed down ultimatums to the company which effectively ended discussions that could have resolve outstanding issues although it did not specify what they were.

EDT allegedly said it was the company’s responsibility to protect the jobs of 300 people and that the government would have to make good on agreements it had made.

Monday’s statement by the transport ministry sought to give background, outlining that a five year licence was granted to EDT agency services Ltd. on November 9, 2012 to create a mud plant at the Limassol port and another to set up a floating quay so vessels could load and transport the mud to the drilling area for natural gas exploration.

Five months before the licence was set to expire on November 30 last year, the port’s authority informed EDT that their licence would not be renewed due to “significant matters related to the smooth running of the port”.

In early October 2016, French giant Total and EDT signed a contract where the latter would provide the former onshore logistics services out of the port of Limassol supporting Total’s drilling programme.

In the meantime, the marine services concession at the port of Limassol – after it was privatised – was granted to a partnership comprising P&O Maritime and G.A.P. Vassilopoulos for the next 15 years.

EDT’s facilities, which will serve as an onshore support base for Total’s drilling operations, lie in the government-retained areas of the port, administered by the ports authority.

Apparently this complication came to the transport ministry’s attention belatedly.

Eventually EDT and P&O Maritime came to an arrangement, allowing the former to operate an onshore logistics base until the end of 2018.

The deal provides that by then EDT has to dismantle a floating platform it has at the site.

“Effectively, DP World and P&O Maritime are seeking to shut out anyone from providing services in the government-retained areas of the port, and to double-dip into the oil and gas activity,” a source told the Cyprus Mail some ten months ago.

Commenting to Haravghi, the permanent secretary of the ministry Alecos Michaelides said the company was insisting on some positions about which the ministry could do nothing as the port is now managed other outfits.

The ministry added “claims that (EDT) has incurred huge damages as a result of actions or omissions from the ministry, the transport ministry the port authority and the companies with which agreements have been signed, have no bearing with reality whatsoever.

“As far as the company (EDT) filing a lawsuit is concerned, the opinion of the ministry’s legal advisors is that they lack any legal basis.”