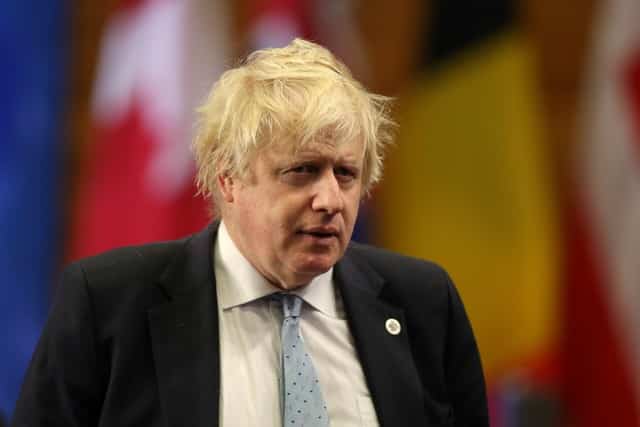 Prime Minister Theresa May slapped down her foreign minister on Tuesday after he demanded more funding for Britain’s public health service, telling him any discussion of money saved from Brexit should be kept private.

Boris Johnson, whose promises that Britain’s departure from the European Union would boost funds for the National Health Service helped persuade many voters to back Brexit, raised his demands at a regular meeting of her top ministers after publicly calling for an extra £100 million a week.

But the response was swift. May, trying to reassert her authority, said any money saved from Brexit would be spent on her priorities, including health, and that ministers should not air discussions outside her cabinet meetings.

“The prime minister and a large number of cabinet ministers made the point that cabinet discussions should take place in private,” her spokesman told reporters, describing the hour-long discussion on the NHS as “constructive”.

“As regards the future, and how the return of any EU contribution would be spent, the prime minister reminded cabinet that the government has consistently said that we will spend money on our priorities such as housing, schools and the NHS.”

May is under pressure over the state of the health service from the opposition Labour Party, which says healthcare is being put “recklessly” at risk by ministers unable to tackle bed shortages and thousands of cancelled operations.

Under fire from some lawmakers in her own party for lacking direction on some of the most pressing concerns in Britain, May is also trying to keep the warring factions of her cabinet of top ministers united as she negotiates Brexit.

But divisions over the so-called Brexit dividend – the funds that will be freed up when Britain stops paying into EU coffers – are deepening, with the ministers for health, education and defence and others bidding for more funds for their departments.

Shortly after Johnson made his demand, finance minister Philip Hammond fought back by saying he had already increased payments to the NHS. May has repeatedly said that funding is at record levels. “Mr Johnson is the foreign secretary,” Hammond told reporters in Brussels. “I gave the health secretary an extra £6 billion at the recent budget and we’ll look at departmental allocations again at the spending review when that takes place.”

The row is yet another headache for May, whose weakness since losing her party’s majority at an election last June was underlined by a botched reshuffle of her top team of ministers earlier this month.

With the Conservatives increasingly concerned that Labour is setting the political agenda in Britain by focusing on health, housing and education, many members of the ruling party say it needs to show more clearly what they hold to be the benefits of Brexit.

Johnson and other Brexit supporters said during the campaign for the 2016 referendum on leaving the European Union that Britain pays £350 million a week to the bloc and promised to spend the money on the NHS instead if Britain voted to leave.

The figure was challenged by critics who said it did not rerlect Britain’s rebate and payments made into Britain by the EU.

Mindful of that promise, some Conservatives are calling for the government to increase funding.

“We have to deliver Brexit and deliver for the NHS,” Andrew Bridgen, a pro-Brexit lawmaker, told Reuters.

Others went further, saying May had to do a lot more to win over younger voters and challenge Labour’s leftist leader Jeremy Corbyn, who has a loyal following in many cities.

“They must have really sound reasons to vote Conservative. We really need to get on with this #wherestheboldandbrave sofaritsdulldulldull,” Conservative lawmaker Nicholas Soames said on Twitter.

A healthy home: a key to urbanization