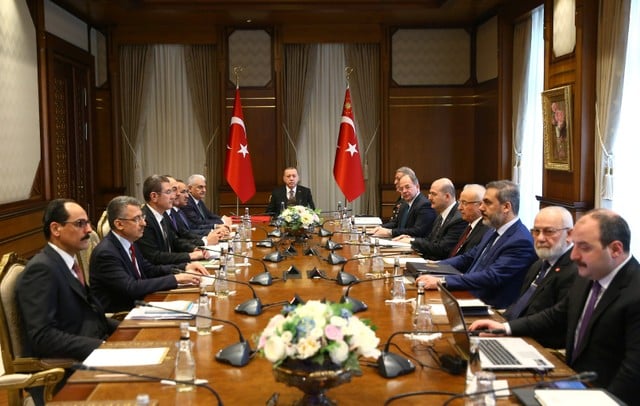 Turkey seeks to avoid any clash with Syrian, Russian or US forces during its operation in northern Syria but will take whatever steps it needs for its security, Turkey’s foreign minister was quoted as saying on Tuesday.

The United States and Russia have both urged Turkey to show restraint in its military campaign, Operation Olive Branch, to crush Kurdish YPG control over the Afrin district on its southern border. Syria has condemned the incursion.

Turkish President Tayyip Erdogan, who says the YPG is an extension of a Kurdish group waging a decades-long insurgency inside Turkey’s borders, has also pledged to drive Kurdish fighters out of the mainly Arab town of Manbij.

Manbij, to the east of the Afrin region, is part of a far larger area of northern Syria controlled by mainly Kurdish forces. Any attack there would raise the prospect of protracted conflict between Turkey and allied Free Syrian Army factions against the US-backed Kurdish fighters.

“Terrorists in Manbij are constantly firing provocation shots. If the United States doesn’t stop this, we will stop it,” Turkish Foreign Minister Mevlut Cavusoglu was quoted as saying on Tuesday.

“Our goal is not to clash with Russians, the Syrian regime or the United States, it is to battle the terrorist organisation,” broadcaster Haberturk quoted him as saying.

“I must take whatever step I have to. If not, our future as a country is in jeopardy tomorrow. We are not afraid of anyone on this, we are determined… We will not live with fear and threats,” Cavusoglu said.

Preventing Turkey from driving Syrian Democratic Forces (SDF), the US-backed umbrella group dominated by the YPG, out of Manbij is a central goal for Washington, US officials say.

The United States hopes to use the YPG’s control in northern Syria to give it the diplomatic muscle it needs to revive UN-led talks in Geneva on a deal that would end Syria’s civil war.

Ankara has been infuriated by US support for the YPG, which it sees as a domestic security threat, one of several issues that have brought relations between the United States and its Muslim Nato ally close to breaking point.

“The future of our relations depends on the step the United States will take next,” Cavusoglu said.

He said Turkey, which carried out a seven-month military operation in northern Syria two years ago to push back Islamic State and YPG fighters, would continue to act where it thought necessary.

“Whether it is Manbij, Afrin, the east of the Euphrates or even threats from northern Iraq, it doesn’t matter,” Cavusoglu said. “If there are terrorists on the other side of our borders, this is a threat for us.”

Cultural events go around the world