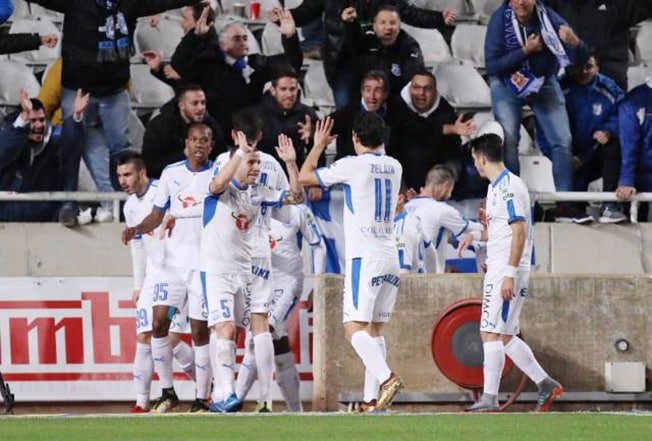 Apollon face FK Kauno Zalgiris in Lithuania in the first leg, as they try to reach the group stage for the fourth straight year

Apollon went top of the Cyprus football championship in style on Wednesday evening, the Limassol side hammering Apoel 4-0 in Nicosia.

Emilio Zelaya gave Apollon a dream start when he opened the scoring after only four minutes, with Antonio Jakolis doubling the advantage six minutes later.

Things got even worse for the champions, with Fotios Papoullis adding number three, with just 14 minutes played.

Anton Maglica made it four after 49 minutes, with Apollon – who are still unbeaten – leapfrogging Apoel into top spot on 49 points, one ahead of the Nicosia side, who had gone into the game on the back of an eight-match unbeaten run.

There was also action in the Cyprus Cup on Wednesday, with AEK thrashing Aris 4-0 in the first leg of their Last 16 tie.

Turkey is an aggressive neighbour, Tsipras tells Europeans in Davos