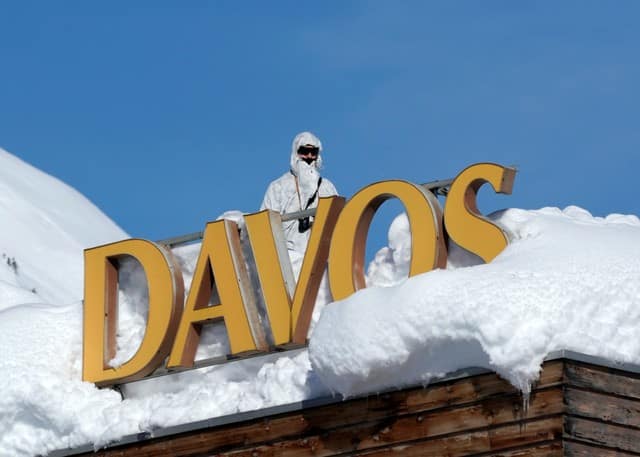 Senior US officials hit back on Wednesday against suggestions that Donald Trump’s “America First” agenda was hurting globalisation and trade, setting an aggressive tone ahead of the US president’s visit to the World Economic Forum.

Under his America First agenda, Trump has threatened to withdraw from the North American free-trade agreement (Nafta), disavowed the global climate change accord and criticized global institutions including the United Nations and Nato.

Trump is expected to arrive by Thursday and deliver a keynote address to the forum on Friday, mingling with the same elite “globalists” that he bashed during his 2016 presidential run.

In a press briefing in Davos ahead of his visit, US Treasury Secretary Steven Mnuchin and Commerce Secretary Wilbur Ross defended aggressive trade actions taken by the United States and said more were to come.

“This is about an America First agenda. But America First does mean working with the rest of the world,” Mnuchin said. “It just means that President Trump is looking out for American workers and American interests no different than he expects other leaders would look out for their own.”

Ross said US trade actions were provoked by “inappropriate behaviour on the part of our trading counterparties.”

On Tuesday, for example, the United States slapped steep import tariffs on washing machines and solar panels, in moves billed as a way to protect American jobs. China and South Korea condemned the tariffs, with Seoul set to complain to the World Trade Organization over the “excessive” move.

“Many countries are very good at the rhetoric of free trade but in fact actually practice extreme protectionism,” Ross said.

Many in Davos worry that a brighter world economic outlook could darken if geopolitical threats – from protectionism and climate change to cyber attacks and war – gather pace in 2018.

Trump, the first sitting US president to attend the forum since Bill Clinton in 2000, is a source of much of this anxiety after a volatile first year in office in which he has turned American foreign policy on its head.

The US delegation is the largest ever to come to Davos, with 10 members of the Trump’s cabinet and senior White House staff, Mnuchin said. That includes Jared Kushner, Trump’s son-in-law and adviser.

When asked about a new agreement that is expected among 11 countries to forge an Asia-Pacific trade pact after the United States pulled out of an earlier version, Mnuchin said the Americans involvement was “not off the table”.

But he added, “We are fans of bilateral trading agreements.”

Earlier on Tuesday, Canada’s Trudeau called the new trade agreement, expected to be signed in Chile in March, the “right deal”.

Ross said Trudeau’s comments needed to be taken in the context of the latest round of talks on Nafta. Perhaps there was some inclination to use that to “put pressure on the US in the Nafta talks,” Ross said.

Mnuchin also said that he was not concerned in the short term about a weak dollar, saying it is one of the most liquid markets. “Obviously a weaker dollar is good for us as it relates to trade and opportunities,” Mnuchin said.

Gunmen storm Save the Children aid group office in Afghanistan