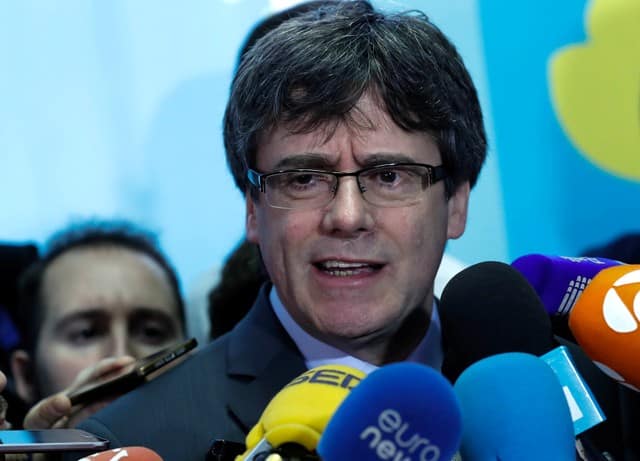 Spain’s government has taken a first step towards preventing the election of ex-Catalan leader Carles Puigdemont as head of the Spanish region, the deputy prime minister said on Thursday as tensions rose again between Madrid and Barcelona.

Puigdemont has been living in Brussels since he fled there in late October to avoid arrest on charges of sedition and rebellion for organising an illegal referendum and unilaterally declaring Catalan independence from Spain.

Catalonia’s newly elected parliament speaker, Roger Torrent, nominated Puigdemont on Monday as the sole candidate to be the regional president again, defying Spanish government warnings against such a move.

“Current circumstances do not permit his investiture,” Deputy Prime Minister Soraya Saenz de Santamaria told a news conference in Madrid, referring to the fact that there is an arrest warrant against Puigdemont in Spain.

She said the government had asked the council of state to give its opinion on the possibility of appealing against the Catalan parliament speaker’s nomination of Puigdemont to the constitutional court.

If the council’s opinion echoes that of the Madrid government, the appeal will be filed immediately, she said.

“The parliament speaker has put forward as candidate someone who does not enjoy his full rights, who has no right to freedom of movement,” Saenz de Santamaria said. “Mr Torrent must have known that Mr Puigdemont could not enter Spain without being detained.”

The Catalan parliament must hold its first round of voting a new regional leader no later than Jan 31.

Spanish Prime Minister Mariano Rajoy called a new Catalan regional election in December to try to defuse the crisis but his gamble backfired when separatist parties won a majority, giving new impetus to the independence movement.