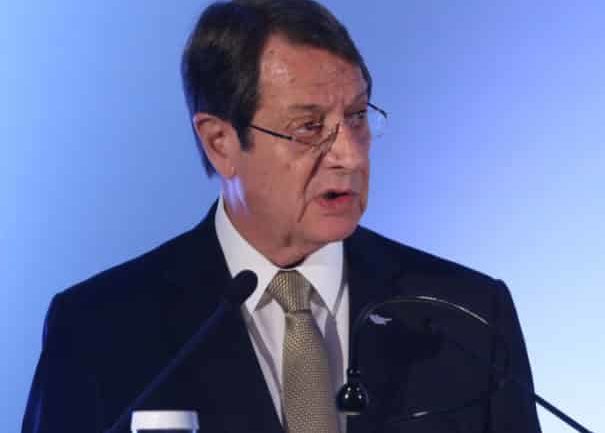 Papadopoulos’ campaign denied claims that one of his advisers sent letters to the provident and pension fund administrators of two large semi-governmental organisations recommending they refrain from depositing money with the CCB and transfer any deposits elsewhere, suggesting the lender is on the verge of running into trouble.

Anastasiades had made the accusations during a television interview on Thursday evening, without naming the candidate or advisor he was talking about.

“I am truly saddened because a particular campaign, a particular adviser to the candidate, has sent letters to the funds of two semi-governmental organisations urging them to move their deposits,” Anastasiades said.

The president said it was an unacceptable act, stressing that the CCB had adequate capital exceeding 15 per cent. He said €10 billion of the €11.5bn currently deposited at co-ops was made up of deposits under €100,000 and therefore secure.

Anastasiades wondered how one could serve the best interests of the state when ‘the aim is simply to win the (presidential) chair irrespective of whether you can deliver all that you promised or worse, irrespective of the damage you can cause a sensitive sector like banking’.

It didn’t take long for reports to appear naming the person the president was referring to as economist Stelios Platis, a Papadopoulos adviser who has also advised Anastasiades in the past.

Platis issued a statement on Friday denying the claims and saying he was also intending to sue.

Ha said he was never an adviser to a provident fund or a semi-governmental organisation, nor had he sent any letter relating to co-ops.

“And this concerns me and any company in which I am a member or I participate in,” the statement said.

“Instead of the outgoing president being an advocate of unity, seriousness, and political culture, he shows that the only thing he is interested in is the chair at every cost,” it added. “Even if this cost includes lies, slander, and dangerous games with our country’s financial system.”

Diko spokesman Athos Antoniades said none of Papadopoulos’ advisers had any links with semi-governmental organisations and had not sent any letters.

Antoniades accused the president of creating problems for co-ops by raising such an issue.

The letters Anastasiades was referring to were sent from investment firm Symmetria FS Ltd to the electricity authority and CyTA.

Demetris Taxitaris, one of the directors of Symmetria according to the company registrar, is also general manager of MAP S. Platis, a financial services firm owned by Platis.

Taxitaris told InBusiness News that he had set up Symmetria himself, and that the company had its own board in which Platis was not a member.

“We have nothing to hide, nor do we want to get involved in an election confrontation,” he said.

It appears however, that the two companies have more links.

According to the company registrar, M.A.P. Corporate Services Ltd, listed as Symmetria’s secretary, appears to have some link to Platis.

The company’s documents show that Platis was a director and shareholder in the company, whose current directors according to the registrar are Eleni Karaiskou, Nicolas Platis, and Michalis Agapiou.

Eleni Karaiskou, who appears to be a lawyer, is named as the sole shareholder in the company. The address provided is the same as the one listed for MAP S. Platis on the company’s website.

It was not immediately known if Nicolas and Stelios Platis are related, although the former’s address is the same as that given for the registrar of MAP S. Platis, which is different from that on the website.

Another director is Michalis Agapiou, who also appears to be on the board of MAP S. Platis.

The presidential palace also pointed out statements Platis made on his Facebook page.

“When the Bank of Cyprus, with clearly better procedures for managing non-performing loans, announces €500m in losses for the first nine months of 2017, we wonder how the co-operative sector will be able to survive after the elections,” he said in a November 22, 2017 post.

The CCB, recapitalised with almost €1.7bn in taxpayers’ money in 2014 and 2015, is currently struggling with a €6.4bn mountain of non-performing loans, accounting for more than half of its loan portfolio, and is at the same time working on its plan to raise fresh private capital.

On December 12, economist Marios Clerides, who served as CEO until 2015, said that election promises to trim loans and relieve guarantors not only threatened financial stability but also undermined the Co-op’s recapitalisation efforts.

The comment was seen as a direct reference to Papadopoulos’s campaign ads.

Last week, in response to the rumours, the central bank issued a statement describing them as unfounded and not helpful to financial stability.

The central bank said co-ops, along with the island’s three other systemic banks, were under the supervision of the European Central Bank and their deposits were covered by EU directives.