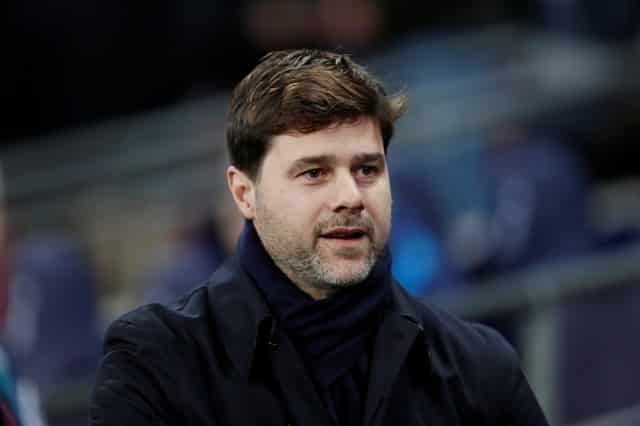 Tottenham Hotspur manager Mauricio Pochettino is prepared to remain at the London club for the long haul but believes the length of his tenure is ultimately out of his hands.

The former Argentina defender joined the club in 2014, having impressed at Southampton, and has created a fast and powerful side with a spine of young English players such as Harry Kane, Eric Dier and Dele Alli.

The 45-year-old signed a contract extension to keep him at the club until 2021 but that has done little to end media speculation that he could be tempted away from England with Real Madrid a possible destination.

“Always I work like I want to be here for the rest of my life. That is my responsibility, how I take my job,” Pochettino said when asked about a potential move to Spain on Thursday.

“But I am realistic… in England from the beginning of the season and today, there’s many changes on the Premier League benches. Then it’s not only you. It’s about the results, ideas, it’s the chairman, he can change and say ‘come on, out’.”

Pochettino, who played for Espanyol before managing them from 2009-12, did, however, rule out taking over the manager’s job at their city rivals Barcelona as well as Tottenham’s rivals Arsenal should those positions become available.

“But tomorrow (Tottenham chairman) Daniel Levy could have a bad night and say, ‘Oh I am going to sack Mauricio’. Then I look stupid saying I am not going to work in one place or another.

“You never know in football. That is the problem. It is a very unstable situation.”