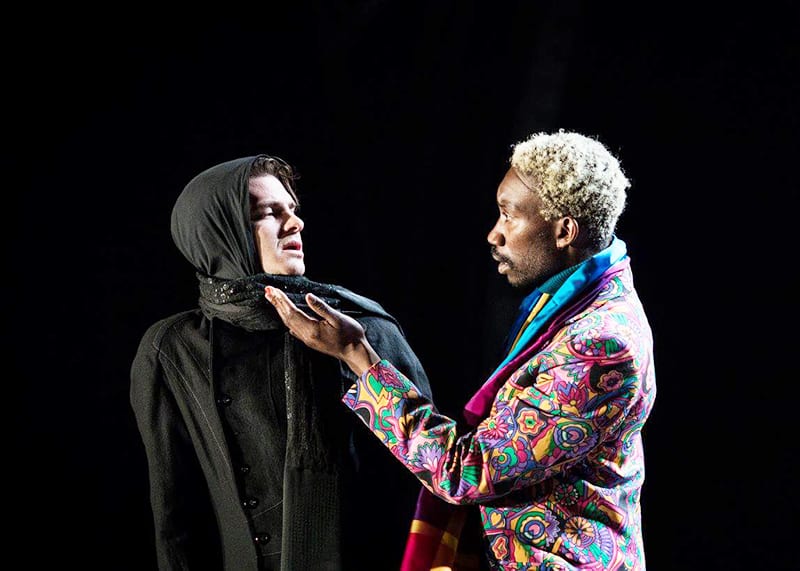 The second part of two-part play Angels in America: A Gay Fantasia on National Themes, as performed at the National Theatre, will be screened in Nicosia and Limassol this coming Tuesday.

The first part, entitled Millennium Approaches, last week showed Prior Walters, who has Aids, being visited by an angel, who tells him he is a prophet. The play as a whole, by American playwright Tony Kushner, is set in America in the 1980s when New Yorkers grapple with life and death, love and sex, heaven and hell. Initially and primarily focusing on a gay couple in Manhattan, the play also has several other storylines, some of which occasionally intersect. Certain characters are supernatural beings in the form of angels or ghosts, and it contains multiple roles for several of the actors.

The main characters introduced in the first part are Louis Ironson, who leaves his lover, Prior Walter, after he learns that he has Aids. Other characters include Joe Pitt, a closeted gay Mormon and his wife Harper. The character that connects all the others is lawyer Roy Cohn, a closeted gay man who has just learnt he has Aids and tries to get his hands on an experimental drug called AZT.

The second part of the play, entitled Perestroika, is set in December 1985. Prior is visited by angels who tell him that heaven is a beautiful city and that God, who was bored of his angels, made mankind with the power to change and create, and because of mankind’s progression, heaven physically deteriorated. It is this deterioration that has brought the angels to Prior with the message that they should stop moving, stop progressing and therefore, help in the restoration of heaven.

Prior then goes to the Mormon visitor’s centre where he meets Harper and the two recognise each other from their shared dream. Here Prior collapses and is taken back to hospital where the angel once again confronts him. This time she is enraged that he rejected his message and the two wrestle. The angel relents and opens a ladder into heaven, which Prior climbs and tells the other angels that he refuses to deliver their message.

While all this is going on Joe, who has been abandoned by his wife and his lover, goes to Roy for guidance. Rather than supporting him, Roy judges him for leaving his wife for a man and leaves him alone to die. Roy is disbarred and also dies shortly after, with Louis in his room. After Roy dies, Louis steals his AZT for Prior.

The play concludes five years later with Prior, Louis, their friend Belize and Hannah (Joe’s mother) standing before the angel statues in Bethesda Fountain. Prior delivers the play’s final lines directly to the audience, affirming his intentions to live on and telling them that “the Great Work” shall continue.

The new staging of Tony Kushner’s play at the National Theatre is directed by Olivier – and Tony-award-winning director Marianne Elliott (The Curious Incident of the Dog in the Night-Time and War Horse). Andrew Garfield plays Prior Walter along with a cast including Denise Gough, Nathan Lane, James McArdle and Russell Tovey.