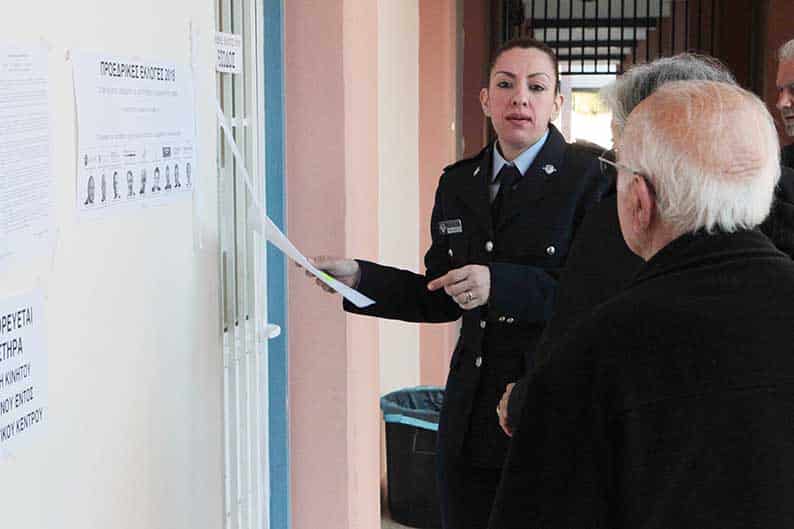 Police operations are so far running smoothly during Sunday’s presidential election vote, police chief Zacharias Chrysostomou said, noting complaints that had been filed were being investigated.

In statements to the press, he said a complaint that had caused alarm from Paphos that supermarket vouchers were being handed out to voters by a campaign team of a candidate in exchange for votes did not seem to be serious.

A total of 2,000 police officers are on duty today solely for the elections, Chrysostomou said and there was an open line of communication with the chief returning officer and his representatives.

Special units have been set up to investigate any complaints, he added.

“A gigantic operation is in place that had been prepared for well in advance.”

While some police measures are evident such as the physical presence of the force, other measures are discreet Chrysostomou said stipulating that technology was an integral part of police’s operation.