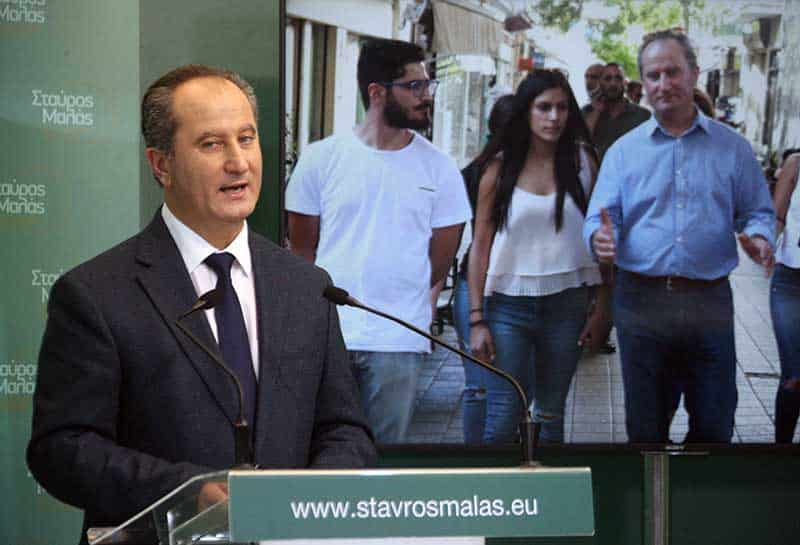 SEVERAL pro-settlement commentators have argued that today’s presidential elections will be a vote on whether Greek Cypriots still want the reunification of the island under a bizonal, bicommunal federation (BBF). They reason that if Nicos Anastasiades and Stavros Malas go through to the run-off it will indicate the majority of voters still wanted a settlement, as they will have rejected the hard-line candidates, Nikolas Papadopoulos and Giorgos Lillikas, whose Cyprus problem policy is designed to preserve the status quo.

It is a rather over-simplified analysis, which ignores the fact that the national issue did not feature prominently in the campaign as it had in past elections; it was just another issue like the compensation of the haircut victims. Only once before – in 2013 – had it been relegated to secondary importance but the country was then faced with bigger and much more pressing problems. In all other presidential elections, the Cyprus problem was the only issue, dominating debate and overshadowing everything else to the extent that it became tiresome.

Things are different this time and it is most probably because the parties have discovered through opinion polls, focus groups and other methods gauging public sentiment that ‘the’ problem is not a major concern for voters. Given that our politicians traditionally have been more comfortable following the people than taking the risk of leading them, the candidates’ teams decided to concentrate on issues considered to have greater vote-winning potential such as compensating haircut victims, championing the national health scheme and increasing pension payments.

There were attempts to play ‘the’ problem card, with Papadopoulos kicking off his campaign with his much-trumpeted ‘new strategy’, but it did not have much effect. People largely ignored it and his election rivals dismissed it as wishful thinking apart from Lillikas who complained the Diko candidate had stolen his ideas. Malas has promoted himself as the only candidate sincerely committed to reunification and BBF, and he may have won a few non-Akel, pro-settlement votes as a result, but his campaign has focused more on social and economic issues. As for Anastasiades, he preserved the status quo by pretending to be committed to a settlement – the default position of all our party leaders – but not an achievement he could play up in an election.

Anastasiades’ real achievement, which was probably unintentional, was to make people finally give up on the Cyprus problem and any idea of a settlement. The public saw him take the talks as far as they could go, participating in two international conferences attended by the guarantor powers and the UN secretary-general speaking directly to Turkey. The process eventually collapsed and Anastasiades blamed this 100 per cent on Turkey’s intransigence, an assertion he had no trouble selling to Greek Cypriots even though it was subsequently negated by the UNSG’s report. People reasoned that if the man who had proved his pro-settlement credentials and suffered the political costs of his unwavering support for the reviled Annan plan, could not agree a deal, nobody could. The general view was that all prospects of a deal were destroyed in Crans-Montana and it was time to move on.

People were probably not so keen on a settlement by the time the parties met in Crans-Montana. The Anastasiades government had helped create a negative climate in the preceding period, and by then another factor had come into play. The signs of economic recovery were evident and people were less inclined to support a deal which entailed risks. When the country was deep in recession, a settlement was seen as the only way to kick-start our failing economy and create prospects for growth, but public support waned once we returned on the path to recovery – there was no reason to risk the return to prosperity by getting a Cyprus deal.

The candidates were aware that people were ready for permanent separation, but none of them was bold or honest enough to mention even the possibility of negotiating partition in the campaign, for fear of being accused of surrendering the occupied territories to Turkey. Instead, apart from Malas, they have taken positions on the Cyprus problem that will ensure partition. They have simply set conditions for resuming the peace process that the Turkish side will never accept. In this way, they are avoiding responsibility for the inevitable outcome which will be blamed on Turkey’s intransigence and maximalist objectives.

The truth is there is negligible public opposition to this approach. People know where it will lead, even though the candidates would not dare mention the outcome by name. The only possible opposition might come from refugees, but candidates have managed to get them on side by promising them state land, Turkish Cypriot properties, cash assistance and annual compensation for loss of use of their properties among other things.

Under the circumstances, it is naïve to suggest today’s elections are a vote on whether people want reunification. This is not considered an option any more.

Seeing ourselves as others see us

Tales from the Coffeeshop: President did co-op no favours