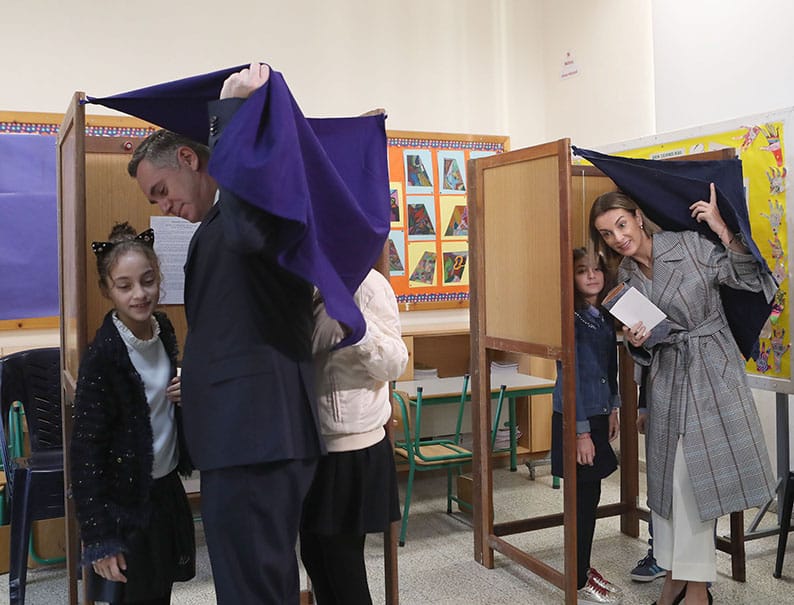 Neither President Nicos Anastasiades or Akel-backed Stavros Malas are fit for the presidency, a chief staffer from Diko’s camp that lost the bid for the second round said on Monday.

The day after Sunday’s first round found the biggest loser, Diko chairman Nicolas Papadopoulos, contemplating his next move, as a challenge for his position may lay ahead.

Despite his apparent certainty that he would be in the second round and go on to win the election, his first-round loss has highlighted an in-party struggle.

The signs have been there for some time with former Diko leader Marios Garoyian openly holding gatherings attended by other Diko dissidents.

In October, several officials broke ranks including the party vice chairman Christos Patsalides. In a letter, party members had said “our decision to resign is clearly political because we think Diko, under your chairmanship, has diverted from its traditional principles and positions and has been transformed from a purely centrist party, to a coalition of components united only by their passion for power and satisfying personal aspirations.”

Papadopoulos had received the support of Edek, Solidarity, and the Green Party, which could be having their own internal problems soon.

Apart from Diko dissidents, over 130 Solidarity members defied their own leadership and publicly backed Anastasiades.

Yet a lot could change this week, notorious for the U-turns that parties do so that they can share the spoils of power.

On Monday morning, Papadopoulos’ campaign spokesman Chrysis Pantelides said Anastasiades and Malas are “completely aligned on the Cyprus problem and therefore completely opposed to our politics.”

“I believe both are equally inappropriate for the presidency of the country.”

But Pantelides said “all possibilities are open”, as to what the party would decide to do in terms of potentially supporting one of the two candidates.

While this was Papadopoulos’ first shot at the presidential chair, what remains to be seen is the future of Giorgos Lillikas, head of the Citizens’ Alliance who also ran for president in 2013.

While it was well known the centre parties wanted a common candidate, Lillikas rushed to announce his candidacy, likely hoping this would turnout in his favour with him having support from Edek, Diko, Solidarity, and the Green Party.

But Papadopoulos ran against him, bagging the support of the other centre parties leaving Lillikas on his own. The result was a paltry showing of 2.18 per cent of the vote.

MP Pavlos Mylonas who was elected on the Citizens’ Alliance ticket, left the party and went on to support Papadopoulos’ candidacy.

This left only Lillikas and his MP Anna Theologou with seats in parliament for his party.

By Monday Theologou had announced support for Malas.

How Lillikas will proceed remains to be seen. A spokesperson said criteria on which candidate they might support in the runoff “will have nothing to do with any exchanges”, but solely political criteria.

Just over a week before the first round, Lillikas had said he would not accept any post from Anastasiades.

All eyes on Diko and Elam as winners ponder alliances