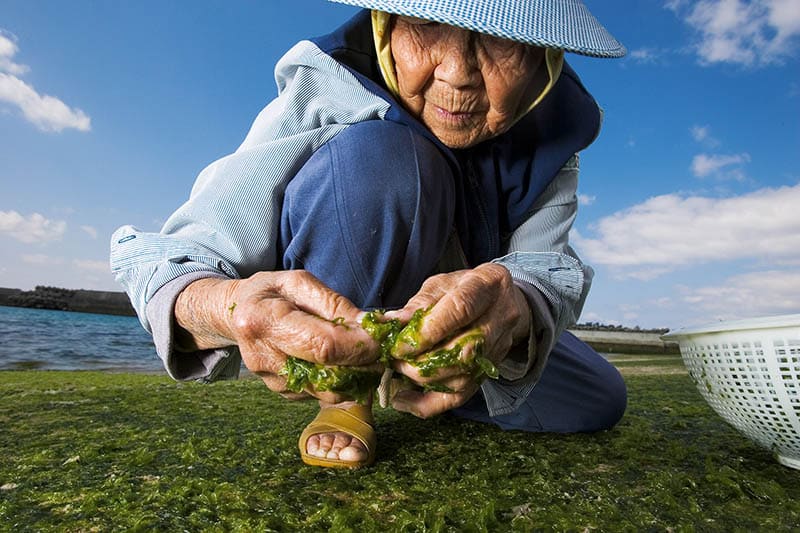 First, there was hygge. And though we all had trouble pronouncing it, what wasn’t to love about a Danish concept that advocated crackling fires, hot chocolate and hand-knitted socks? Then came lagom: a Swedish lifestyle which had us learning balance and calm, throwing out our homemade hygge-hosiery and settling for a cool Scandi aesthetic. And now? Well, the latest lifestyle ideal is from a totally different part of the globe. Translating as ‘purpose’ or ‘the thing that gets you out of bed in the morning’, this year’s New Big Trend is straight from the land of the rising sun…

Things do seem to be moving in an eastern, Zen-like direction. Everyone’s raving about The Life-Changing Magic of Tidying Up and the KonMari system, courtesy of Japanese organisation sensation Marie Kondo; a method which teaches its followers to hang on to only those items which spark joy (and has no doubt prompted millions of women to bin their bills/bras/broccoli). Then there’s the rising trend for minimalism: people across the globe blogging and vlogging about how their family of six survive with no more than a three-legged stool, half a bucket and a small spoon. And now, hot off the lifestyle press for 2018, comes this latest eastern concept: ikigai.

Everyone, according to Japanese culture, possesses an ikigai. The term stems from two words: ‘iki’ (which means life, or alive) and ‘kai’ (which loosely translates as effect, result or benefit), and is pronounced ick-ee-guy. It’s similar to the French raison d’être, but deeper and more meaningful: those who have discovered their ikigai are purportedly happier, more fulfilled, and live far longer than the rest of us restless souls… The Japanese province of Okinawa, whose population is frequently lauded for its plethora of centenarians, seems to be a case in point: here, assert enthusiastic researchers, everyone has an ikigai – from the 101-year-old fishermen who lives and loves to feed his descendants, to the 102-year-old karate master who still practises his craft day on day.

It’s a term that negates retirement (your ikigai is something that often lasts a lifetime) and financial reward, and has little to do with economic or social status. It’s the value that makes one’s existence worthwhile, a goal that we actually enjoy working towards or a practice in which we take pleasure. Various charts attempt to simplify the matter: take the intersection of what you love, what you’re good at, what you can be paid for, and what the world needs, and you’ve found your ikigai, they suggest. But even those who are very familiar with the concept admit it’s a bit harder than that to pin down.

“When you’re in Japan, you could be mistaken into thinking you’re in a very modern city in Europe,” explains Khiloni Graf who has been visiting Japan since her childhood. “But in some ways, this only extends to architecture and infrastructure: the traditional concepts of submission to a higher authority, a military-like attitude and environment, competition, repetition, ‘tatemae’ (the façade or front that one maintains in public) were the norm, and easily observed in all facets of life.” Having lived for a time in Fukuoka and travelled extensively across Central Honshu, Kyushu and Fukushima, this Paphos resident is well-versed in Japanese culture, and reveals that the concept of ikigai “is very important in Japan, but very difficult for foreigners to understand.

“It seems to be about finding small, repetitive pleasures in a society where life can be a challenge. It’s difficult to describe definitively; perhaps a good example of ikigai would be one of my friends who lives and works in Tokyo. She’s a waitress in a restaurant in the Ginza shopping district and lives an hour away by train in a communal apartment that she shares with 60 different people! Her ikigai is to go hiking as often as possible at the weekends, and I think this is what allows her to cope with Tokyo life. Almost every weekend, she goes hiking, over and over, and this is her ikigai.”

While Khiloni acknowledges that ikigai may be the latest buzz word for Europeans, she suggests that the concept may have originally developed as a survival method. As for herself, she admits she hasn’t yet found her own ikigai. “But that’s okay – the freedom to spend the rest of your life searching for your ikigai is, in itself, very valuable.”

Birgitte, who lived and worked in Japan for 20 years, suggests that her ikigai may include a couple of things: “To be more concrete on a daily basis, to succeed with my husband’s and my future goal which is travelling the world in our yacht, and to succeed with our newly published online store that we both work hard on, cooperate about and constantly try to improve.” This Danish-born, Larnaca-based resident and owner of online lifestyle brand www.exodoscopenhagen.com suggests that her ikigai also incorporates the need to “become wiser in life, which is an ongoing process. Ikigai is a word you hear frequently when you fall into deeper conversations with Japanese friends. It’s a very important term to them – especially, I think, to the women. Many Japanese women consider their kids to be their ikigai: they live out their dreams and ambitions through their kids.” Similarly, Birgitte suggests that many Japanese men consider their ikigai to be their family. “Although you can’t generalise, Japanese men are almost married to their work: many will endure long hours and poor conditions in order to support those they love.”

As a fluent Japanese-speaker, Birgitte is well-placed to give a considered definition of this eastern concept: “It translates in my head as ‘what do I live for? What are my passions and purpose?’. And,” she concludes, “like the ideas of hygge and lagom it is, ultimately, a concept from a different culture from which we can all learn!”

However, while our former annual trends have focused on our environs, ikigai charges us to look inside. Could 2018, perhaps, be the year in which we finally turn to self-reflection in an effort to improve our lives?…