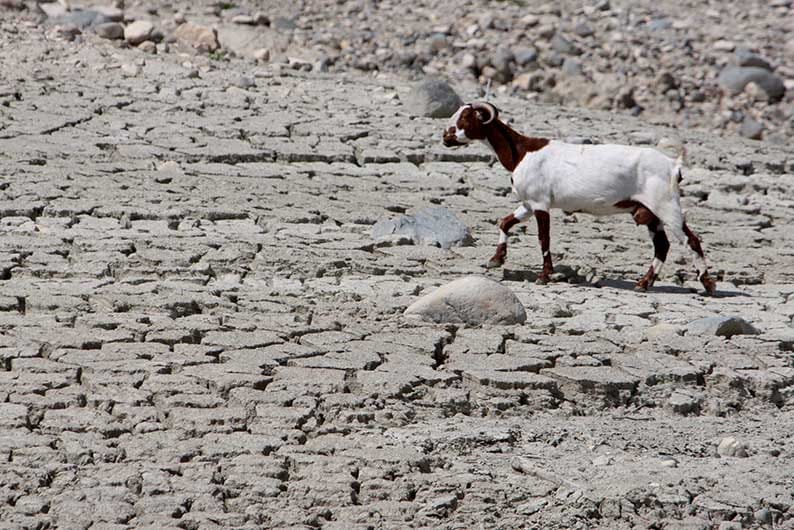 More than half of Cyprus’ territory is at risk of desertification, the European Court of Auditors (ECA) said on Wednesday.

The ECA announced that Cyprus is included in an audit of the EU’s plans to combat desertification to examine whether the risk is being effectively and efficiently addressed.

ECA auditors are to visit Cyprus, which, along with 12 other EU member states, has declared itself to the United Nations Convention to Combat Desertification (UNCCD) as affected by desertification. They will also visit Romania, Italy, Spain and Portugal.

According to the UNCCD, desertification is “land degradation in arid, semi-arid and dry sub humid areas resulting from various factors, including climatic variations and human activities”.

Desertification is both a result, the ECA said, and a cause of climate change. “It also results from unsustainable land management practices. It magnifies climate change, as desertified land loses its capacity to stock carbon, so lower volumes of greenhouse gases can be absorbed.”

According to Cyprus national action programme to combat desertification, 57 per cent of the territory “is in a critical situation with regard to the risk of desertification”.

“Desertification can lead to diminished food production, soil infertility and a decrease in the land’s natural resilience and ability to store carbon,” said Phil Wynn Owen, the ECA member responsible for the audit.

“These in turn can cause poverty, aggravated health problems due to wind-blown dust and a decline in biodiversity. It can result in loss of livelihoods, which can cause the affected people to migrate.”

The ECA said that soil erosion, combined with water shortages and higher temperatures which increase evaporation, further increases the risk of desertification. “The situation is most serious in a large part of Spain, southern Portugal, southern Italy, south-eastern Greece, Cyprus and areas of Bulgaria and Romania bordering the Black Sea.”

It added that research indicates that up to 44 per cent of Spain, 33 per cent of Portugal, and nearly 20 per cent of Greece and Italy are at high risk of soil erosion.

The audit report is expected to be published by the end of 2018, as well as an audit on flood risk management in the EU.

The ECA said that EU funding for desertification projects comes from a variety of sources, such as the European Agricultural Fund for Rural Development, the LIFE Programme and the EU’s research programmes.