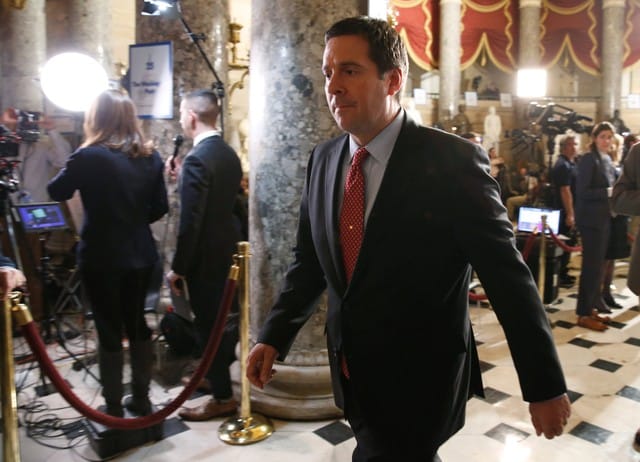 The FBI said on Wednesday it had “grave concerns” about the accuracy of a top-secret House Intelligence Committee memo alleging anti-Trump bias within the Justice Department, challenging President Donald Trump’s pledge to release it.

But a few hours after the rare public rebuke by the top U.S. law enforcement agency, a Trump administration official said the memo was likely to be released on Thursday.

“The FBI was provided a limited opportunity to review this memo the day before the committee voted to release it,” the FBI said in a statement. “As expressed during our initial review, we have grave concerns about material omissions of fact that fundamentally impact the memo’s accuracy.”

The FBI declined to say if Director Christopher Wray, who viewed the memo during the weekend, approved the statement. Trump named Wray to head the Federal Bureau of Investigation after firing Director James Comey last May.

The memo has become a lightning rod in a partisan fight over investigations into alleged Russian meddling in the 2016 U.S. election and possible collusion by Trump’s campaign, which Russia and Trump have both denied.

Representative Devin Nunes, the intelligence committee’s Republican chairman who commissioned the document, dismissed the FBI and Justice Department objections to its release as “spurious” in a statement on Wednesday.

Although White House press secretary Sarah Sanders said on Wednesday that Trump had not yet read the document, the president told lawmakers after his State of the Union address to Congress on Tuesday night that there was a “100 percent” chance the memo would be released.

A White House official said the four-page document was delivered to the White House on Monday after the Republican-dominated committee voted to release it. Administration lawyers were working against a Friday deadline to determine if any of it should be redacted to protect national security, the official said.

Late on Wednesday, Representative Adam Schiff, the intelligence committee’s ranking Democrat, said he had discovered Nunes had sent a version of the Republican memo to the White House that was “materially altered” and thus was not what was approved for release by the committee’s vote.

A spokesman for Nunes called it an “increasingly strange attempt to thwart publication,” and described the changes as minor, including two edits requested by the FBI and committee Democrats.

An aide to Schiff did not immediately respond when asked how Schiff had obtained the information.

Republicans, who blocked an effort to release a counterpoint memo by the panel’s Democrats, say their document exposes anti-Trump bias by the FBI and the Justice Department in seeking a warrant to conduct an eavesdropping operation.

In an opinion piece published on Wednesday in the Washington Post, Adam Schiff, the intelligence committee’s senior Democrat, said the Republican memo was intended to set the stage for Trump to fire Mueller or Rosenstein.

Four sources familiar with the memo told Reuters it accused the FBI and Justice Department of misleading a Foreign Intelligence Surveillance Court judge in seeking an extension in March 2017 of a warrant for a secret eavesdropping operation against Carter Page, an adviser to Trump’s 2016 campaign.

Testifying in November before the House of Representatives Intelligence Committee, Page said he met with Russian government officials during a July 2016 trip he took to Moscow while he was a foreign policy adviser to Trump’s campaign. He said he made the “benign” visit as a private citizen, according to the interview transcript.

The memo contends that the FBI and Justice failed to tell the judge that the request was based on a dossier compiled by a former British spy hired by a research firm partially financed by the Democratic National Committee and Democrat Hillary Clinton’s presidential campaign, the sources said.

Under the Foreign Intelligence Surveillance Act, the government must report to the court every 90 days to show that a warrant was producing valuable foreign intelligence information to justify continuing an overseas eavesdropping operation on an American citizen.

Our view: Unficyp’s presence should not be taken for granted