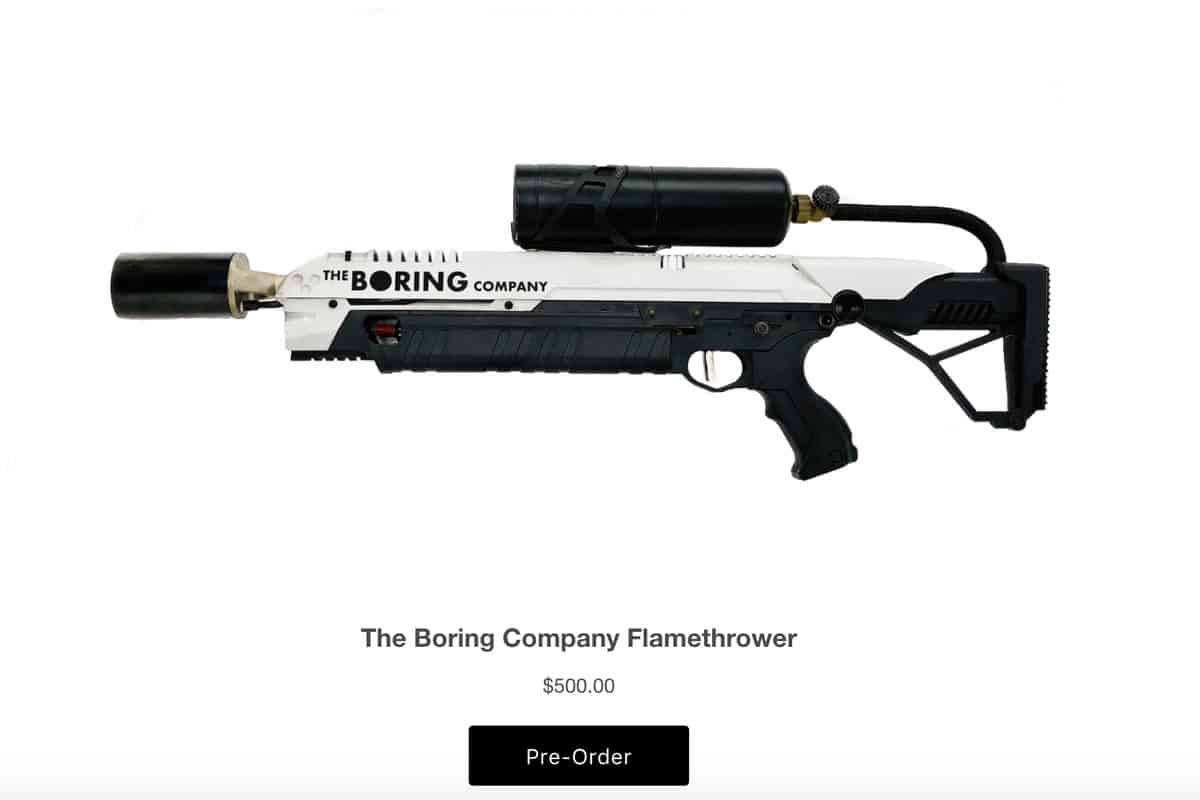 A handful of tweets and four days later, Silicon Valley billionaire Elon Musk has closed orders for his latest novelty product, after selling 20,000 flamethrowers at $500 a piece.

“Guaranteed to liven up any party!” was Musk’s tagline for a sale which raised $10 million for his high-speed tunnel venture The Boring Company.

The latest impromptu fundraising scheme comes at a time when financial analysts and investors in Tesla are wondering if Musk will have to seek billions more in funding for the electric carmaker as it struggles to meet promises on production.

“When the zombie apocalypse happens, you’ll be glad you bought a flamethrower,” he tweeted last Saturday. “Works against hordes of the undead or your money back!”

Each flamethrower, he said on Thursday, would come with a free fire extinguisher and buyers need to agree to certain conditions before getting the device in spring.