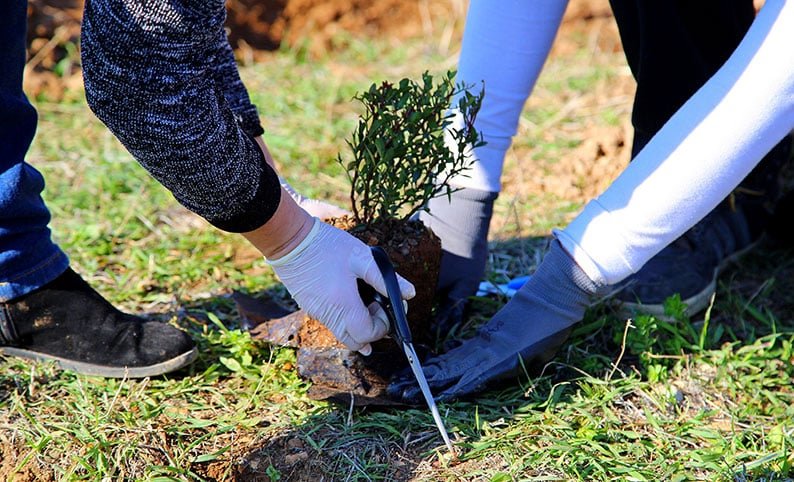 A NON-PROFIT organisation planted numerous trees along the coastline of Paphos with the support of environmentally conscious volunteers.

On January 31, ‘GreenCyprusCom’ got underway with another planting season and completed a fourth major tree-planting event which saw numerous saplings being planted along the coastline of ‘Petra tou Romiou’ (Aphrodite’s Rock).

A spokesman for the event said that the non-profit initiative is committed to the revival of Cyprus’ forests and as lovers of Cyprus nature, they are ready to ‘take action to restore the islands’ unique ecosystem’.

“Tree-planting is a fun and an educational activity for all ages, especially for many young environmentalists who enjoy the opportunity to connect with nature, planting trees with their families, supervised and assisted by experts from the Department of Forests,” he said.

As well as the necessary equipment, free snacks and soft drinks were provided for all attendees during the day.

GreenCyprusCom has seen over 1300 trees planted along the coastline of Paphos with the help of supporters since the launch of its reforestation movement in 2017. Their aim is to ‘pave the way for a greener future for Cyprus’ and to plant more than twenty thousand trees, as well as caring for forested areas long term.

The event was originally due to take place on January 25, but was rescheduled due to bad weather. Many volunteers attended the event, which highlights the willingness to actively assist in creating a greener Cyprus, said the organisers.

The initiatives chairman, German Lillevyali, is an entrepreneur and philanthropist and enthusiastic about the work they are undertaking.

“I am truly in love with the history and culture of Cyprus, the hospitable people and beautiful nature. Cyprus leaves no one indifferent, but for me, the love for this wonderful country translates into gratitude and taking action. This is why we had the desire to create something valuable in order to help it prosper. The movement GreenCyprusCom, is designed to restore the forests of this green island,” he said.

The organisation is planning a further two tree-planting events before the end of the planting season, due to take place in February and March. They are also offering the opportunity for individuals and businesses to contribute to the environment by adopting a tree.

The ‘adopt a tree’ programme aims to restore the island’s flora, and invites all environmentally conscious citizens to assist in this effort by sponsoring the purchase of a sapling and the provision of proper care for it to take root, said the spokesman.

The tree adoption fee is €25 and covers the charge of purchasing and planting a sapling, with the assistance of the forestry department, and the ongoing watering and care during the first 3 crucial years of its life.

The spokesman added that many centuries ago, Cyprus was known as the ‘green island’ with more than a half of its territory covered with green forests. Due to various factors, including devastating forest fires, currently the forested area only covers around 25% of the island, he said.

In the last hundred years, Cyprus has experienced three major fires: 1924, 1956 and 1974, which destroyed almost 400 sq. kilometres of forest greenery, he noted.

“Being a non-profit organization, we rely on the support of enthusiasts who wish to assist in creating a brighter, greener future for Cyprus. People can support the project by adopting a tree or by contributing through a company or organisation,” he said.