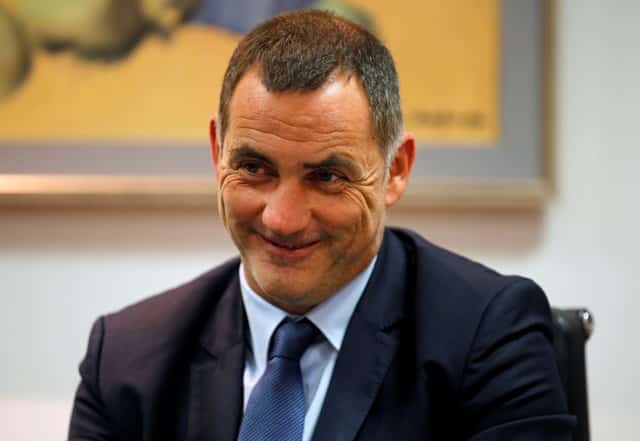 Gilles Simeoni, leader of Corsica's regional council speaks during an interview with Reuters in Ajaccio

France is playing with fire by rejecting Corsican demands for autonomy, the island’s chief told Reuters, urging President Emmanuel Macron to be open to dialogue when he visits next week.

Before laying down arms in 2014, groups backing Corsican independence had carried out more than 10,000 attacks over four decades, blowing up police stations and holiday homes.

These clandestine groups were linked to at least 40 deaths, either in attacks on government officials or as a result of infighting among rival factions.

“In the 1980s and 1990s, when the nationalist movement only represented a minority and was violent, governments of the left and right held talks with men in balaclavas … but today, when we represent a majority and say there is no other path than democracy, the government does not want to budge on anything,” said regional council chief Gilles Simeoni.

“It’s unacceptable,” he said in an interview in Ajaccio, with the Corsican and European Union flags behind his desk, but not the French tricolour.

Peace on the island and disillusion with mainstream parties tarnished by corruption helped nationalists led by Simeoni win power in elections last December on the back of demands for more autonomy, but not independence.

Simeoni and Corsica’s assembly chief, Jean-Guy Talamoni, want official status for the Corsican language and the right to block property purchases by non-residents.

The government has said it is open to some changes in its relationship with Corsica, which currently has fewer rights than regions like Catalonia. But ministers have rejected the most symbolic demands, such as the language question.

That has infuriated nationalist leaders, who have urged Corsicans to join a protest march on Saturday, ahead of Macron’s visit on Tuesday, to complain that the government is ignoring their election victory.

“Some people now tell me: if winning elections does not even get us to hold talks on what we gave you a mandate for, it means democracy is a dead end,” Simeoni said.

“To get from there to saying ‘bombs are more efficient than votes’ is something I don’t agree with, but which at some point could be validated by a number of people.”

Simeoni, a moderate who rejects violence, said this was not blackmail but a call to open up political and economic options for Corsicans in order to avoid not just the risk of political violence but also other types of violence, such as youth crime.

Analysts and nationalists say Corsica now is very different from the violent 1980s, but they could not rule out the possibility of isolated activists carrying out attacks.

May says Brexit transition deal will be agreed in seven weeks