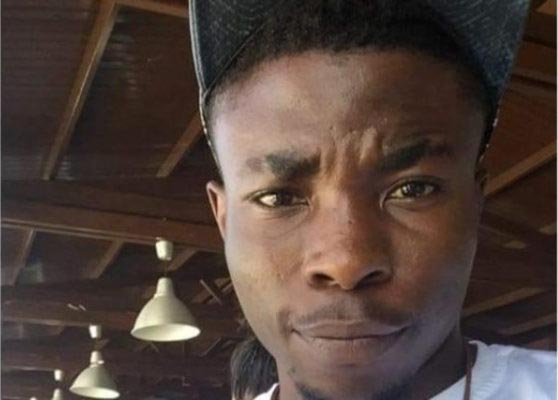 Kennedy Taomwabwa Dede who was murdered earlier this week

The ringleader of a group of Turkish Cypriots who allegedly beat to death a Nigerian student over drugs in Famagusta is still on the run, possibly in the Republic, while his accomplices were remanded for seven days on Friday.

Kennedy Taomwabwa Dede’s lifeless body was discovered by two girls on Tuesday next to the Canakkale Lake in Famagusta. An autopsy report showed he died from a number of blows resulting in cerebral haemorrhage and lung damage, according to Famagusta hospital.

Dede was beaten and abducted from his home on Monday by a group of seven and taken to the lake and beaten to death over money he owed for drugs, unconfirmed reports in the Turkish Cypriot press said. The Herald Nigeria, meanwhile, said a source had told them he was murdered because he was dating a Turkish Cypriot girl.

Friends of Dede said he had been kidnapped previously in a similar way a week ago.

So far, six of the seven, aged 16-28 and including two women, have been arrested while the alleged ringleader Nidai Sanli is still on the run after he managed to escape police in the mixed-village of Pyla on Thursday.

Four of the group, including Sanli, were said to have crossed into the Republic through the Ayios Nikolaos checkpoint in Famagusta to escape the Turkish Cypriot authorities. The other three were caught earlier.

Running low on money and supplies, the four then made their way to Pyla to meet someone who was said to be bringing them money. They were apparently met by police and one was caught, while Sanli managed to escape at the last minute. The other two then handed themselves in, Kibris Postasi reported.

The murder has enraged the Nigerian community in the north and resulted in protests at the Eastern Mediterranean University in Famagusta where Dede studied. The protesters demanded justice for the murder.

The university said the students have long complained about being made targets by the press and that they were always presumed guilty by society.

The youngest suspect, aged 16, has admitted to police she was at the crime scene but said she was not with the other suspects.

Her father told the judge at the Famagusta district court on Wednesday: “I will not hire a lawyer for her. If she is guilty she should be punished. I don’t want her to be a bad example to this country.”

Also in court, the parents of the other two who were caught begged their sons to come clean. “Tell them what you know. Don’t protect anyone. Don’t sacrifice yourselves because you want to protect them,” they were reported as saying by the Turkish Cypriot media.

Another one of the suspects said on Friday: “I am regretful. I handed myself in to tell the truth, I didn’t run.”

The number of foreign students in the north has skyrocketed in recent years without the necessary infrastructure development.

Devoted elderly couple die within hours of each other