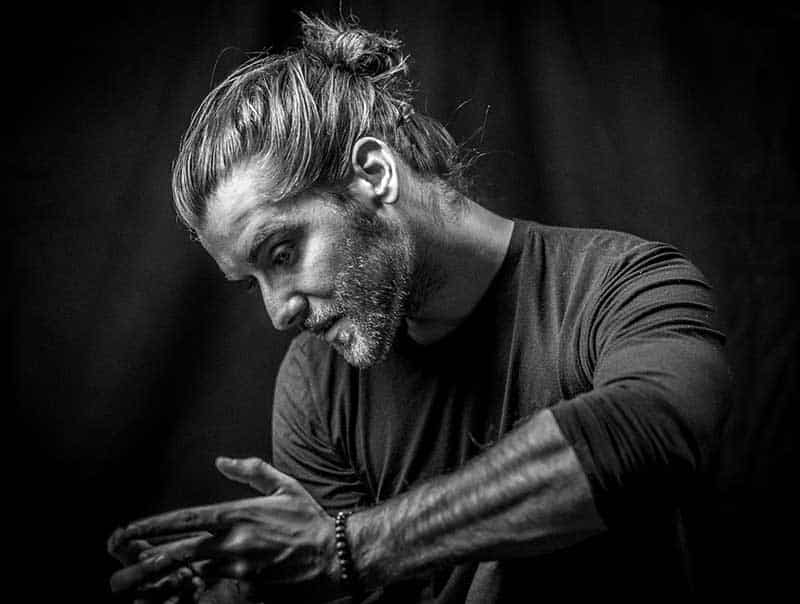 Where do you live?
I currently share an apartment with my sister’s boyfriend in Stockholm.

Best childhood memory?
We were in Protaras when I was maybe 5 years old when my dad told me and my siblings that the moon would turn orange if we threw peas at it! So we did, and later that same night the moon indeed turned orange. Apparently it’s called blood moon, but although the secret now has been revealed it somehow made us all think that we possessed some kind of a magic power for many many years!

Most frequented restaurant and absolute favourite dish? What food would you really turn your nose up to?
I’m really into seafood. I know Cyprus is full of great seafood-restaurants but nothing really compares to Panayiotis on Governor’s Beach. Also the owner is such a nice guy! Had lunch there almost every day last summer.
Worst food experience… I was once offered grilled chicken heart at a restaurant in Brazil few years ago. That just sounded too gross, I didn’t try it…

What did you have for breakfast?
I tried to make a shakshuka for the first time! And of course coffee!

Would you class yourself as a day or night person? What’s your idea of the perfect night/day out?
Definitely a night person when it comes to getting things done. Sometimes I go to my studio to practise at 9pm and then leave at 9am in the morning. The focus the silence of the night gives me while rest of society is asleep is just incredible. The perfect night out would start by enjoying a great concert somewhere with friends. After that we would go for a nice dinner with good red wine and then around midnight move on to a nice club/bar somewhere. Preferably in some place warmer than Sweden!

Best book ever read?
I love the short story Murke’s Collected Silences by Heinrich Böll. The idea of the main character collecting all that silence on one tape to then go back and listen to at home in the evening is just really poetic.

Favourite film of all time?
Midnight In Paris by Woody Allen. As a teenager I often tended to romanticise about the past and every now and then dream about living in a different era. That movie is all about that feeling; mysterious, dark and funny at the same time with a great soundtrack!

Favourite holiday destination?
Bali! I went there over New Year last year with my girlfriend. It’s a total paradise! Super relaxing place, fantastic food and the most incredible views I’ve ever experienced.

What music are you listening to in the car at the moment?
Facing You by Keith Jarrett

What is always in your fridge?
Pitas Halloumi! It’s actually true – I bought like 20 packs when I visited Cyprus this summer and I still have one left!

Dream house: rural retreat or urban dwelling? Where would it be, what would it be like?
I always dreamt of living in a house somewhere in the Swedish archipelago where I would have my grand piano in a big room with panorama windows overlooking the sea. So more rural retreat I guess!

If you could pick anyone at all (alive or dead) to go out for the evening with, who would it be?
Igor Stravinsky! I watched a documentary about him recently that included a lot of interviews. He just seemed to be a super cool guy, I’m sure we’d have a fun night with lots of good red wine and some very music-nerd-heavy conversations.

If the world is ending in 24 hours what would you do?
Gather all my friends and have a party! Get drunk as f***!

What is your greatest fear?
That someone near to me would die.

Tell me a joke…
”What’s the difference between an ant? It can neither ride a bicycle.”
Haha that probably doesn’t make any sense.

Joel Lyssarides is releasing his debut album in March 2018. The music could be described as an intense mix of jazz/classical/and americana. The record also features two of Sweden’s finest jazz musicians Rasmus Blixt on drums and Niklas Fernqvist on upright bass. www.joellyssarides.se