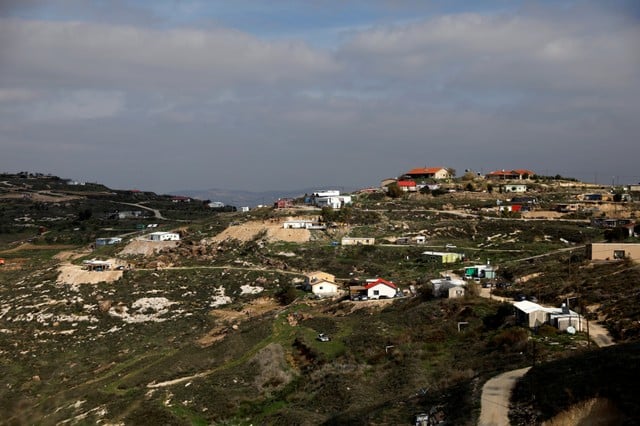 Israel granted legal status on Sunday to a previously unauthorised outpost in the occupied West Bank in response to a Palestinian shooting attack last month that killed one of its residents.

Israeli Prime Minister Benjamin Netanyahu said the decision to retroactively authorise the 50-family outpost of Havat Gilad was meant to “allow the continuation of normal life there”.

Most countries deem Israeli settlements in the West Bank, land that Israel captured in a 1967 war and which Palestinians want for a future state, to be illegal. Israel disputes this.

The decision was approved unanimously by Israel’s cabinet.

Palestinian officials condemned the move and said it seemed to be the result of a change in US policy toward Israel.

President Donald Trump in December recognised Jerusalem as the capital of Israel, breaking with decades of US policy that the city’s status must be decided in peace negotiations between Israel and the Palestinians.

East Jerusalem was captured by Israel in a 1967 war, and Palestinians want it for the capital of a future state.

“Netanyahu is trying to make facts on ground. All settlements in the West Bank, including in Jerusalem, are illegal,” said Wasel Abu Youssef, a member of the Palestine Liberation Organisation’s executive committee.

On Jan 9, Havat Gilad resident Rabbi Raziel Shevah was shot dead from a passing vehicle as he drove near his home.