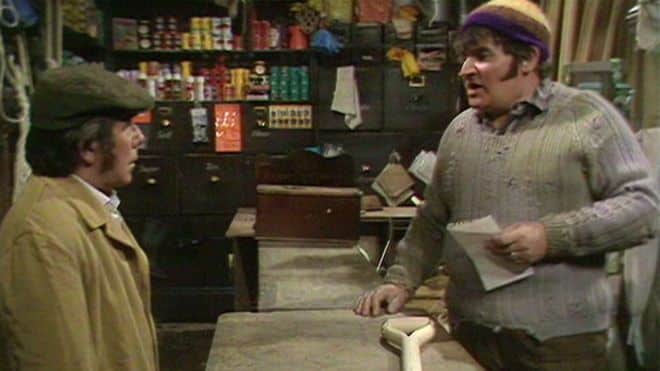 The Two Ronnies in the famous 'Four Candles' sketch

There is universal respect for the British sense of humour. Quite simply, it’s all in the words, timing and its mode of delivery. Although only 12 episodes were ever made, the iconic series Fawlty Towers, which takes place in a Torquay hotel, is considered part of the pantheon of this unique brand of humour which is nigh on impossible to emulate.

The same goes for the sketches enacted by those two stalwarts of the British comedy scene now sadly deceased, the two Ronnies, aka Corbett and Barker. One in particular is entitled ‘Four Candles’. For those who haven’t had the pleasure of viewing it, it’s centred on the idiosyncrasies of the English language and the confusion created by the use of certain words. This seven-minute sketch kicks off with Ronnie Barker arriving at the counter of an old-fashioned hardware store with a list of items and his first request for four candles. The shopkeeper, played by the diminutive Ronnie Corbett, rummages around and plonks four candles on the counter. Ronnie Barker, with a deadpan face and voice, repeats his request and goes on to ask for fork handles. This continues with variations on the words hoes, hose, bath plugs and electric plugs and so on and so forth. I’m sure you get my drift. It’s a classic and well worth searching out if you haven’t seen it.

And what, I hear you say, has this got to do with the heading of this piece and specifically in the context of the division of Cyprus? Plenty, as I’ll attempt to explain.

The birth of the Cyprus Republic in 1960 came about as a result of an agreement that was cobbled together which in hindsight contained the ingredients which led to its inevitable demise. Eoka fought for Enosis, union with Greece, an aspiration which the Greek Cypriots had to jettison in favour of independence, as in essence the Turkish Cypriot community didn’t much fancy being attached to Greece. I won’t go into the whys, wherefores, who encouraged who to do what, etc., as this deflects from my premise. Suffice it to say that from the breakdown of the functioning of the state in December 1963, another set of parameters were set in train which culminated in the Greek coup and Turkish invasion during the summer of 1974.

From this point onwards, Cypriots of all ethnicities have had to witness several attempts to broker a deal which have all fallen by the wayside. In effect, they’ve been run ragged by their own ineffective politicians and their respective ‘motherlands’, Greece and Turkey, with the United Nations in attendance like a gooseberry on a first date. Time after time hopes have been raised with assertions by their politicians that they’re committed to resolve the issue but all efforts have resulted in failure.

So where do we stand and where do we go from here? Let’s get one thing straight. All this previous talk of cantons, bi-zonal/bi-communal federation, confederation et al means one thing: partition. And yet the politicians hide, bluff and dance round the meaning of these words as if their audience are devoid of intelligence and are to be taken for fools.

Whilst private initiatives by some to push for the island to be reunited under some sort of federal arrangement are commendable, it’s my contention that the political establishment and the bulk of the populace don’t want any of these fancy permutations of so-called reunification as they’re more than happy with how things are. In short, “they’re over there and we’re over here”.

Whatever words one uses, partition exists and there’s no going back to what it once was. And it’s high time that those who govern ceased hiding behind their cowardly, lawyer-speak semantics and dealt with matters as they exist instead of constantly peddling a wish list they, as well as those they represent, don’t even believe in.