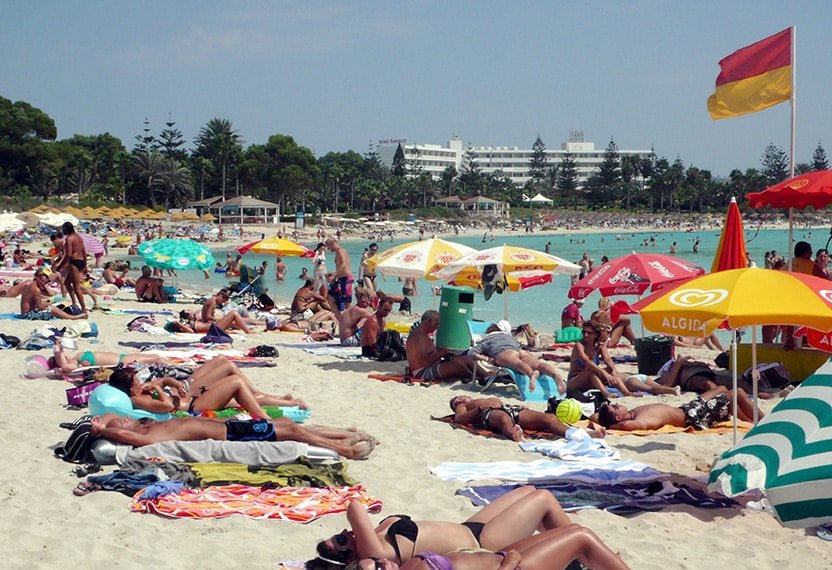 There is a view propounded most forcefully by the President Anastasiades’ government that current policies are resulting in the Cyprus economy performing very impressively and that it will continue to do so. The evidence for this view is based almost solely on statistics showing the recovery of real GDP growth since 2014 and official projections of continued relatively rapid economic growth in 2018 and beyond.

But there are issues about whether the sources of economic growth are soundly based and sustainable and whether the recovery of the economy is benefitting most businesses and the bulk of the population. Furthermore, measurements of real GDP growth do not provide answers to concerns of the average Cyprus resident such as whether there have been improvements in affordable access to good education and health services.

With respect to growth sources some of the main ones are not solid and are unlikely to be sustained. A closer examination reveals the following:

The largest contributor to economic growth has been the marked increase in household consumption since 2014, the rise being an estimated 9.5 per cent in real terms in the three years to 2017, accounting for nearly 70 per cent of the real GDP increase. But a significant part of this higher consumer spending has been facilitated by the considerable non-repayment of household debt and by the steep rundown of household savings.

Indeed, reflecting much strategic defaulting on the timely repayment of loans, non-performing loans (NPLs) of households rose from 52 per cent of gross loans at end-2014 to over 53 per cent at end-September 2017, despite the writing off of loans of many households. And saving ratios of Cyprus households in 2015 and 2016 were negative at 5.1 per cent and 2.4 per cent respectively, in marked contrast to euro area positive averages of over 12 per cent in these years. Accordingly, if there is greater political will and increased administrative efforts to enforce and induce repayment of loans in 2018 and beyond and given the depleted saving balances of households, the prospect of real household consumption continuing to rise at anywhere near an annual rate of three per cent is most unlikely.

The continued rapid growth in tourist numbers and receipts could be dampened from greater strains on accommodation capacity during the summer months and from adverse consequences of the Brexit negotiations including pound sterling depreciation. However, the fast growth of export receipts led by tourism is required to prevent the renewed emergence of unsustainable current account deficits that would hamper future economic growth.

It should be stressed that export receipts need to be sufficiently high to offset the large payments for imports associated with the ongoing consumption and construction booms and for interest on the huge external debt of around 105 billion euros. In this connection in the first 10 months of 2017 merchandise imports rose by 13.3 per cent or 741 million euro, while tourism revenue is estimated to have increased by 11.9 per cent or by the much lower amount of 266 million euro.

It is debatable whether the scheme of selling passports and property for large amounts of cash to foreigners, which at least has underpinned the construction and real estate booms in Limassol, is sustainable and can serve as a model for future development. Indeed, it is reported that the recent increased enforcement of controls by Russia and China over capital flight by their citizens is weakening foreign demand for Cyprus properties.

While the present upswing in the Cyprus economy appears not to be fuelled by rapid and wasteful credit expansion it is still having adverse consequences on the banks. With funds from their outstanding loans and their non-repayment of debt, many households and non-financial corporations (NFCs) are spending well beyond their current means, in effect behaving in the same way as if their “excess” current expenditures were being financed by extensions of credit.

In this sense Cyprus is not experiencing “credit-less growth”. But with this delinquent behaviour banks are suffering from their large amounts of impaired loans adding substantially to their provisioning costs and needs for additional capital. Unlike credit-fuelled upswings, banks are not making profits from extending new loans and are lumbered with poor-quality asset portfolios that are most unappealing for attracting funds from outside investors.

This “model” of financing private sector expenditure cannot be sustained as it is seriously weakening the medium-to-longer-term financial viability of leading Cyprus banks, a development that undermines their ability to support healthy economic growth. Indeed, at a recent Cyprus Economic Society meeting IMF representatives Vincenzo Guzzo and Maria Heracleous concluded their presentation by arguing that “reducing both private debt and banks’ NPLs is essential to achieving sustainable growth and financial stability”.

Have most of the population and businesses benefitted from the marked upswing in GDP growth since 2014? Available statistics point to a number employers and professionals making substantial income gains, while most employees have not registered any significant increases in their incomes. It is estimated that nominal GDP rose by over nine per cent between 2014 and 2017, but that average nominal wages have declined marginally from 2014 to the first three quarters of 2017.Take tourism, a leading growth sector, where revenue from foreign tourists is estimated to have increased by 30 per cent between 2014 and 2017. Yet wages of employees in hotels and restaurants in tourist areas have hardly risen over these three years. And how much of the accrued revenue of hoteliers goes back into the local economy and is used as well to repay their considerable debts?

Yes, reflecting the impressive real GDP growth since 2014 the unemployment rate has fallen by over five percentage points to 11.0 per cent by November 2017. However, a large part of the increase in employment has been in low-paying jobs and of a temporary nature. Indeed, as reported by the European Commission Cyprus has the highest proportion of underemployed workers in the EU with most working part-time and under-utilising their skills and training.

Furthermore, is the current upswing in private economic activity and prevailing government policies and actions providing more resources for enhancing the quality of health and education services available and affordable to the general population? Finance ministry officials claim that there is no fiscal space for such expenditure allocations, but fiscal room could be created if the government was not turning a blind eye to the widespread tax evasion in Cyprus led by politicians, hoteliers, developers and the professional elite including school teachers.

With the tax base narrow as a result of households and NFCs with the ability to pay not honouring their tax obligations, government revenue for allocation for worthwhile programmes to improve health and education services and for projects to combat damage to the physical environment is substantially diminished.

In this respect, the latest government budget for 2018 just freezes expenditure for education at the 2017 level, provides minimal additions for health services, but markedly raises allocations for defence spending, road-building, loan guarantees for the municipalities and for vehicles for state officials.

Current government policies need to be fundamentally changed so that the foundations for rebuilding the Cyprus economy to produce sustained growth can be undertaken.

Policy recommendations for addressing this issue were presented by Savvakis Savvides and this author in recent papers including  “Towards Sustainable Growth (Rebuilding the Foundations of the Cyprus Economy)”, John Deutsch International Development Discussion Paper, Queens University, DPP 2016-07, Leslie Manison and Savvakis Savvides, while proposals for dealing with the excessive debt problem of the private sector of Cyprus can be found in “Neglect Private Debt at the Economy’s Peril”, World Economics Journal, Vol. 18, No. 1,January- March 2017, Leslie Manison and Savvakis Savvides.

A brutal past is no case for Catalonian independence

The office of president is bigger than any president