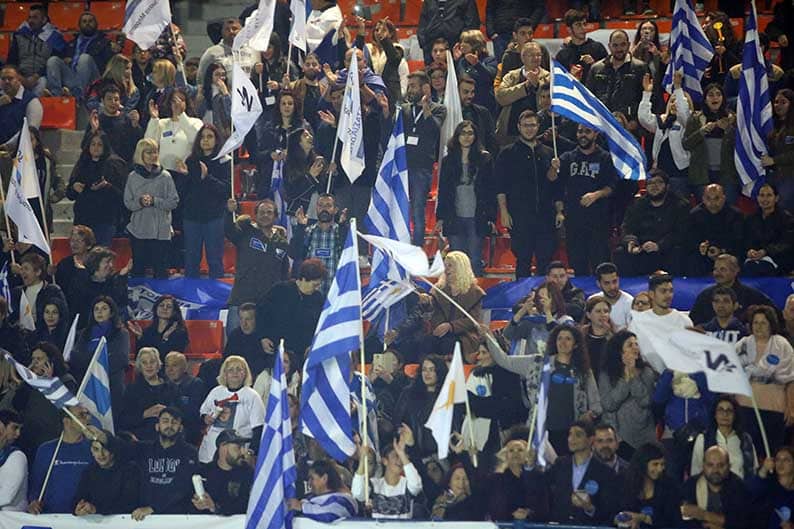 The numbers show that Cypriots last weekend voted in a similar fashion as in 2013, suggesting that not much has changed in the political landscape over the past five years.

In the first round of the 2013 presidential elections, Nicos Anastasiades received 45.46 per cent, followed by Stavros Malas on 26.91 per cent and Giorgos Lillikas with 24.93 per cent.

“In political terms, it’s as if nothing elapsed during the five years since the last elections,” says Yiannos Katsourides, adjunct lecturer at the Department of Social and Political Sciences of the University of Cyprus.

The key driver appears to have been a desire for continuity among the electorate.

“Call it a fear of experimentation, not wanting to rock the boat now that the economy has stabilised since the meltdown of 2013. This was always going to work in favour of whoever was the incumbent,” Katsourides adds.

These elections have once again demonstrated that it is the runoff ballot that counts in terms of gauging public sentiment.

The results indicate that many – corresponding to 2 to 3 per cent of valid ballots cast –- in the first round voted strategically for Malas, in a bid to ensure that Papadopoulos did not progress.

The majority of these strategic voters – many hailing from the internal opposition within Diko – reverted to Anastasiades in the second round.

“It was a refutation, if you will, of Papadopoulos’ ‘new strategy’ for the Cyprus problem. The result indicates the majority of Cypriots still believe in the federal model for a settlement of the Cyprus issue.”

It can be deduced that in the second round Anastasiades grabbed slightly more votes than did Malas from the parties that had backed Papadopoulos in the first ballot.

In addition, as Akel claims, about 7/10 of Elam supporters went over to the Anastasiades camp.

Moreover, calls from the Papadopoulos alliance parties (Diko, Edek and Solidarity) on their supporters to vote for none of the two remaining candidates in the second round largely fell on deaf ears.

Given these appeals for what essentially amounted to a conscience vote, one might have expected an even lower turnout in the runoff.

Yet the opposite occurred. In the first round, turnout was 71.88 per cent, rising slightly to 73.97 per cent in the second.

On the other hand, blank votes cast on Sunday clocked in at 3 per cent compared with only 0.8 per cent in the first round.

Nevertheless, the so-called ‘protest vote’ proved immaterial in the greater scheme of things. In the runoff, 5.64 per cent, or 22,951 registered voters, cast a blank or spoiled ballot. But this paled in comparison to the 46,038 more votes that Anastasiades obtained over Malas.

Crunching the numbers, political analyst Christoforos Christoforou points out that, in 2013, abstentions plus blank/invalid ballots increased by some 28,500 in the runoff compared to the first round.

As far as strategy goes, Christoforou says, Malas did not play it optimally in the week between the first and second rounds. He chose to aggressively attack and deconstruct his opponent, censuring him over his economic policies and over the collapsed talks in Crans Montana.

“It didn’t work to his advantage, because in the second round the key is to convince people that you have what it takes to govern.”