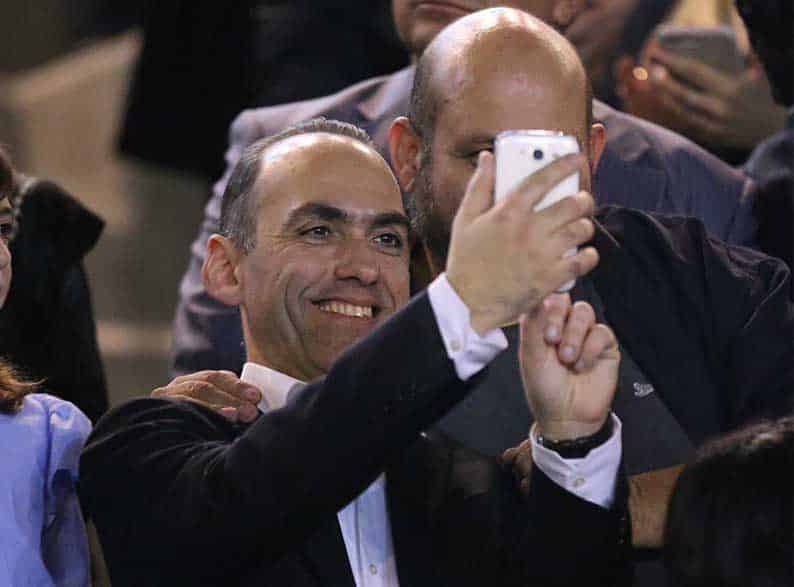 The rumour mill on Monday was busy discussing the look of President Anastasiades’ new cabinet which will be sworn in on March 1, with reports suggesting big names jostling for the foreign ministry and a greater focus on women.

Ministers will continue to run their posts until the last day of their duties on February 28, government spokesman Nicos Christodoulides told the Cyprus Mail and cabinet will continue making decisions in the usual manner and is set to meet again on Thursday.

In total, there are 11 ministerial posts. Anastasiades may make an announcement before March 1 to outline any changes to his cabinet but there is no indication at the moment as to when that may be, Christodoulides said.

Already, the post of health minister, currently Giorgos Pamborides, is looking likely to need a new candidate after Pamborides all but said he was leaving.

During Sunday’s victory ceremony, he told reporters it was too soon to tell, but he felt his time at the helm of his troubled ministry had come to an end and someone else should have the chance to take charge.

After the national health scheme (Gesy) law was finally passed last year it appears it will fall to someone else to see it implemented. The post of health minister has seen the biggest turnover of all ministries in recent years.

Anastasiades’ new cabinet may reflect the “broad cooperation” he outlined several times in the past week, particularly after the first round of elections last Sunday.

Although that was largely interpreted to mean he was keen to work with other parties in a bid to garner more votes in Sunday’s runoff, he repeated the same thing during the proclamation ceremony.

“I want to stress there are no ideological colours. What was said during the pre-election campaign was erased for me. What matters is how we will deal with problems tomorrow,” he said.

“It is only through cooperation we will achieve everything we owe to the people of Cyprus.”

Anastasiades may also be considering Diko members who supported him in his candidacy defying their own leader Nicolas Papadopoulos, but how that might pan out remains to be seen.

Rumours are currently rife that Justice Minister Ionas Nicolaou might take on the post of former deputy attorney general RIkkos Erotokritou, who is currently serving time in prison.

Anastasiades may also have to consider Diko members who supported him in his candidacy defying their own leader Nicolas Papadopoulos but how that might pan out remains to be seen.

Christodoulides is also reported to be up for the foreign minister post, a title that current Finance Minister Harris Georgiades is also after.

Anastasiades however appears to want Georgiades to stay on in his current post and tackle non-performing loans as well as the cooperative bank.

Currently, the post of foreign minister is headed by Ioannis Kassoulides who is expected to step down, a move that Labour Minister Zeta Emilianidou may also follow through with however nothing is official.

Anastasiades is also vying to keep Interior Minister Constantinos Petrides by his side, though his actual post is unclear.

Disy MP Sotiris Sampson is rumoured to be eyeing the post of defence minister while Kyriacos Hadjiyiannis’ name, another Disy MP, has been suggested for the post of agriculture minister.

The role of women is being increasingly stressed by top Disy brass. The party has said “we certainly want to strengthen the role of women” in the administration and names making the rounds to join Anastasiades’ cabinet are his spokeswoman and MP Annita Demetriou as well as MP Stella Kyriakidou who was by his side during his proclamation ceremony.

Reports suggest he wants three women in his cabinet, with another possible candidate being Fotini Tsiridou, currently on the Cyprus Ports Authority board of directors.

She was one of Anastasiades’ 101 voters who signed in support of his candidacy.

If Christodoulides gets the post of foreign minister, rumours suggest it is possible Disy’s spokesman Prodromos Prodromou or director of the president’s office Michalis Sofocleous will take on the role of government spokesman.