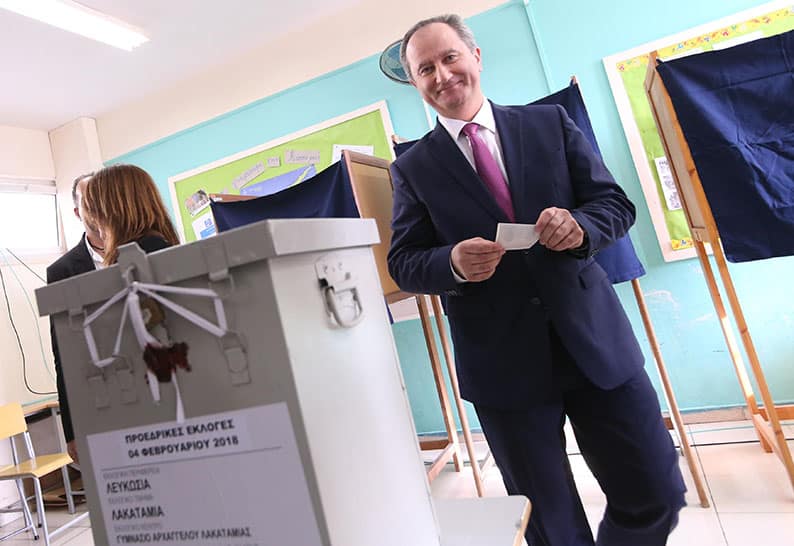 THE presidential elections are over. The elected president will now be called upon to tackle difficult problems such as the unification of Cyprus and non-performing loans. I wholeheartedly wish him success.

However, because I genuinely believe that the future is formulated by our ability to learn from our past mistakes, in this article I set out the 10 fundamental shortcomings of Stavros Malas and his backers Akel, which resulted in his failure to be elected.

Throughout the campaign, I had the impression that Malas’ supporters were actively seeking to project the message that their choice was totally independent of the political party supporting him.

I felt this attitude was an indication that the collective intelligence of the electorate was underrated, by being called upon to accept that Akel would have no influence on the choices and the behaviour of the future president.

I felt that this attitude clashed with the transparency promoted by Malas as the banner of his campaign.  The effort to keep a distance between Malas and Akel suggested there was something wrong with their association.

While Malas and Akel were correct in their assessment that the catastrophic tenure of Demetris Christofias as a president was a liability, there was a visible reluctance or inability to accept and assign blame for those failures, both in the economic field as well as the Cyprus problem.

It was a failure that was summed up by the celebrated “we will give a ‘no’ response, in order to cement a ‘yes’ response” in the 2004 referendum on the Annan plan.

In all his public statements, Malas was reluctant to assign any blame to the Christofias government, either on the strength of the argument that it serves no purpose to dig into the past, or because the crisis was the result of a more widespread “international economic upheaval” combined with the irresponsible behaviour by Cypriot bankers. On many occasions I heard Malas simply saying that had been a “difficult period” for anyone to manage.

Based on the same logic, Malas and Akel readily adopted and actively promoted the view that the “haircut” and all its unpleasant consequences were the result of Anastasiades’ actions.

Their persistent insistence in refusing to acknowledge the readily apparent truth, which was that is that the “haircut” was not a choice for the then newly-elected president but a necessity imposed by circumstances.

The other options were making Cyprus bankrupt or placing the problem on the shoulders of everyone in Cyprus by increasing direct and indirect taxes.

Confronted with this dilemma, Anastasiades opted for the imposition of a relatively small levy on bank deposits, which would have been borne by those who had large bank deposits – as opposed to those who were burdened with debts.

This socially correct approach was overturned by the ‘leftist’ members of parliament who rejected the proposal with a thunderous “no”, leading to the total collapse of the second largest bank in Cyprus and to a 47.5 per cent “haircut” on Bank of Cyprus deposits of over €100,000.

An important reason for rejecting Malas was his apparent adherence to Akel’s arteriosclerotic economic philosophy. To this day, Akel appears to be stubbornly refusing to accept that the communist approach to managing the economy of a country, based on central planning in the hands of bureaucrats, has failed and has been internationally abandoned.

For example, it is well known that the setting of minimum salaries and wages by law leads to unemployment, inhibits the entry of young people into the labour market and, in general, causes economic distortions.

Shop opening-hours is another small example of arteriosclerotic thinking. A broader range of working hours clearly leads to more people being employed. It affords consumers a better-quality life. It unquestionably provides small shopkeepers with greater development opportunities by giving them the option of attracting customers on a 24-hour basis, 7 days a week. Look at the success of kiosks in Cyprus. Despite the readily apparent advantages of a free economy, Malas chose to adopt obsolete prescriptions in seeking economic development.

A big problem I had with Malas was the difficulty he had – which persisted until the very end of the campaign – was in locating, selecting and promoting competent associates. Irrespective of how capable a president is, he stands no chance of tackling singlehandedly the plethora of problems we face.

The-less-than-complete understanding of the need to find and mobilise a large number of associates such as ministers may have led Malas to a naive approach in setting his goals, particularly in the area of tackling the huge problem of an incompetent and corrupt public administration largely responsible for the mess Cyprus found itself in. The impression Malas appeared to give was that he could, at the press of a button, transform an ailing Cyprus into an economic paradise, with no unemployment, lavish salaries and pensions for all, a top-quality healthcare system and public education that would be second to none, all of which was disturbingly naive.

Equally naïve, I found his belief that he could, within a very short span of time, turn the malfunctioning public service into a well-functioning, effective machine free of bribes and collusion.

While following the pre-election campaign, I noticed that in a number of areas of vital importance, such as the field of energy and that of non-performing loans, Malas’ understanding of the issues was deficient; something that would have caused problems had he found himself in the driver’s seat. Undoubtedly, this problem was compounded by his absence from the political scene since his previous attempt to secure his election in 2013.

A similar lack of experience was evident in Malas in the diplomatic sphere, something that would have given rise to difficulties when confronting experienced Turkish diplomats.  This justified concern was confirmed in the course of the television debate between the two candidates, in the second phase of the election process.

With respect to the major issue of the survival of Greek Cypriots in Cyprus, I was a little disappointed with Malas’ apparent inability to utilise all available arguments in supporting his case.

For example, three days before the end of the campaign, the UN Security Council unanimously passed a resolution, which, inter alia, stated that “the status quo in Cyprus is unsustainable”. This offered an excellent platform for Malas on which to stand and support his strategy on the Cyprus problem but he didn’t take advantage of it.

I also found his position that he would aim at resolving the Cyprus problem or, at the least, would ensure that the blame for a non-settlement would fall to Turkey, as an embodiment of defeatism. Frankly, if we lose the game, I would not care much as to whom I could blame for the failure. It would be too late.

Undoubtedly, choosing Malas as president would not have been an all-negative development. An important advantage would have been the invigorating impact of alternating those in power, as long as the goals would have a common denominator. Otherwise, the regressive forces at work would have had a disastrous effect.

From this perspective, I genuinely hope that the second largest, historic political party of Cyprus would ideologically move towards the centre, thus facilitating the rotation of the two big political parties in power.

The re-elected president could support the attainment of the above goal by utilising the available competent and honest human resources found within Akel, in governing Cyprus.

The substantial difference in the votes cast for the two candidates suggests that many voters were on the same wavelength with me.

Our View: The next five years will be a lot tougher for Anastasiades