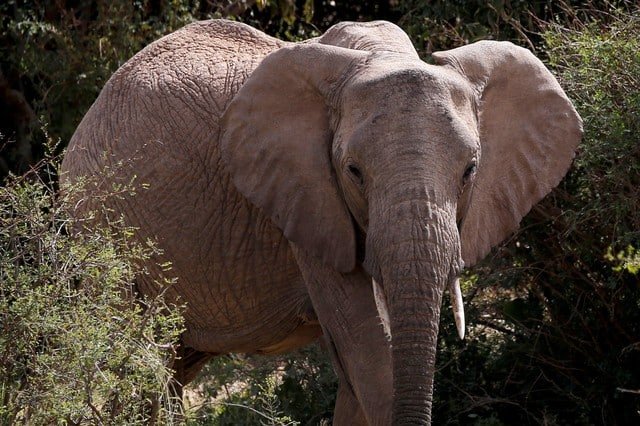 File photo: An elephant walks through the bush at the Mpala Research Centre in Laikipia County

A prominent American investigator of the illegal ivory and rhino horn trade has been found dead in his Nairobi home with a stab wound in his neck, media reported.

Esmond Bradley-Martin, 75, had spent decades tracking the movement of animal products, mostly from Africa to markets in Asia.

He had been about to publish a report exposing how the ivory trade had shifted from China to neighbouring countries, Kahumbu added.

The former UN special envoy for rhino conservation was found in his home on Sunday afternoon, friends said.

Bradley-Martin’s research was instrumental in China’s decision to ban its legal rhino horn trade in 1993. It also pressured China to end legal ivory sales, a ban that came into force on January 1.

“His work revealed the scale of the problem and made it impossible for the Chinese government to ignore,” said Kahumbu.

He was an expert on the prices of ivory and rhino horn, leading undercover investigations into markets in China and Southeast Asia.

He is the second prominent conservationist to die in East Africa in the past year. South African Wayne Lotter, whose work targeted ivory smuggling from Africa to Asia, was shot dead in Tanzania in August.