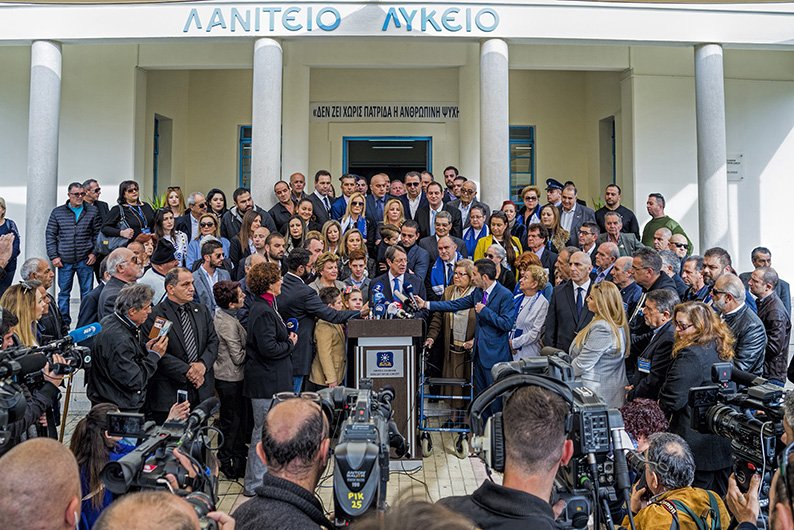 IN THE END, it was a comfortable win for President Anastasiades, the people giving him a mandate for another five years. Sunday’s vote was also a show of approval for his first term, in which he dealt with the big, economic mess he inherited, brought stability to the ailing banking sector and put the country back on the growth path after the worst recession in Cyprus’ history. He had the help and the guidance of the troika, but it was his government, which returned the country to economic stability and growth.

With the economy in much better shape now, the expectations and demands of the public will be higher than they were in 2013. In his first term, because the starting point was very low, people were satisfied with small steps of progress, but they will not be as easily satisfied in the next five years, when they will expect big strides forward. These will be more difficult to achieve as the starting point is already quite high and without something big happening the economy could fall into stagnation.

There are plenty of problems awaiting him which he will have to deal with over the next few months. NPLs, which the banks do not have adequate legal tools to deal with, are still too high while the Co-operative Central Bank could need new capital to carry on operating. There will be pressure to drastically lower the NPLs, because failure to do so could lead to downgrades by the rating agencies. New legislation would certainly be needed, but would the hostile legislature approve it?

Trying to govern with a hostile legislature, in which the opposition parties are the majority and have no qualms about acting irresponsibly in order to hurt the government, will be another big challenge he will have to face. There is also the national health scheme (Gesy), which the new government is committed to introducing in a couple of years and will encounter strong opposition from interest groups. Even energy will pose big problems, because it is unlikely any natural gas will be extracted without some agreement being reached with Turkey.

This will be another challenge for Anastasiades. Nobody talked about the Cyprus problem during the election campaign, but now he has a new mandate there will be pressure on him to finally decide whether he will agree to reunification or partition. The status quo will not be an option, especially with the UN Security Council scheduled to discuss the future of the peacekeeping operation in Cyprus in the summer.

Perhaps Anastasiades will be able to take the tough decisions that await him, as he will not be seeking re-election, because his second term could be more difficult than the first. We hope he successfully meets all the challenges ahead.

Why I did not vote for Stavros Malas