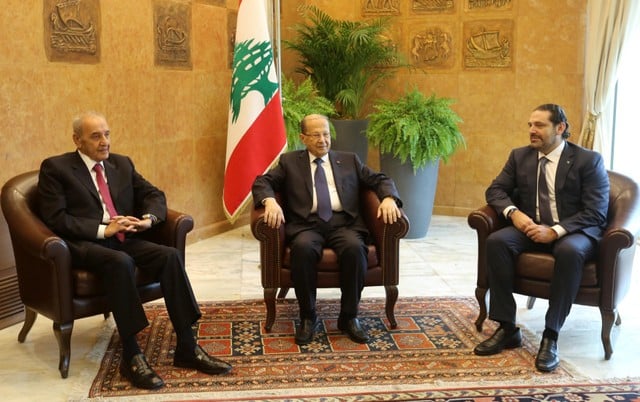 Lebanon vowed on Wednesday to prevent any territorial intrusion by a border wall which Israel is building, and Israel said it wanted foreign mediation to resolve a maritime energy dispute with its northern neighbour.

Lebanese leaders have accused Israel of threatening the stability of the border region. Arguments over the wall and Lebanon’s plans to explore for oil and gas in disputed Mediterranean waters have increased friction between the two enemy states.

“This wall, if it is built, will be considered an assault on Lebanese land,” the secretary-general of Lebanon’s Higher Defence Council said in a statement after a meeting of senior government and military officials.

The council “has given its instructions to confront this aggression to prevent Israel from building (the wall) on Lebanese territory,” it said, without elaborating.

Israel has said the wall is entirely within its territory.

One Israeli official told Reuters that parts of the wall were being erected closer to the border than a current frontier fence, which in places runs well to the south due to topography.

The Lebanese government says the wall would pass through land that belongs to Lebanon but lies on the Israeli side of the Blue Line, where the United Nations demarcated Israel’s military withdrawal from southern Lebanon in 2000.

Calm has largely prevailed along the frontier since 2006, when Israel fought a war with Lebanon’s heavily-armed Shi’ite Muslim Hezbollah movement. The month-long conflict killed about 1,200 people in Lebanon, mostly civilians, and 160 Israelis, most of them soldiers.

In a televised address last month, Hezbollah’s leader cautioned Israel to take the Lebanese government’s warnings over the wall “with utmost seriousness”.

“Lebanon will be united behind the state and the army to prevent the Israeli enemy (violating Lebanese territory),” Sayyed Hassan Nasrallah said. Hezbollah will “fully handle its responsibility in this regard,” he added.

The two countries have an unresolved maritime border dispute over a triangular area of sea of around 860 sq km. The zone extends along the edge of three out of five energy blocks that Lebanon put to tender early last year.

In December, Lebanon approved a bid by a consortium of France’s Total, Italy’s Eni and Russia’s Novatek for two blocks.

One of these, Block 9, juts partly into waters claimed by Israel. In a conciliatory tack from Lieberman’s remarks, Israeli Energy Minister Yuval Steinitz on Wednesday mooted negotiations.

“There is a dispute, which is no secret – it’s been going on for years – over the border demarcation between our economic waters and Lebanon’s,” he told the Israeli news site Ynet.

“We hope for, and are prepared to move forward on, a diplomatic resolution to this matter.”

Steinitz said that, in 2013, US intermediaries had come close to clinching a deal involving “a kind of compromise”.

“The Lebanese too have their own economic waters in which they want to search for gas and oil,” he added. “And they have such a right – so long as they do not threaten and certainly not penetrate our demarcated waters”.