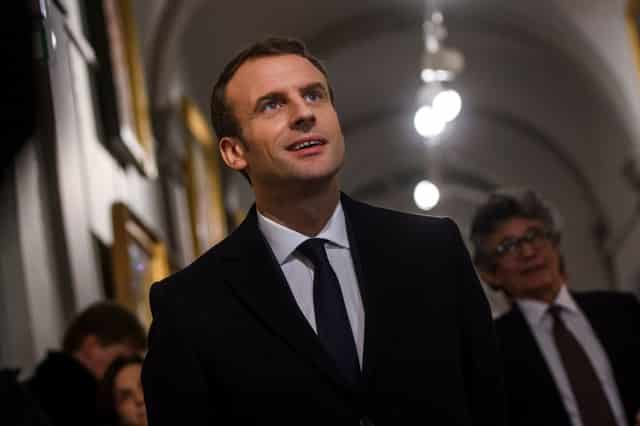 European Union lawmakers rejected a proposal on Wednesday for pan-EU lists of candidates for seats in the European Parliament but French President Emmanuel Macron said he would continue to press for such transnational lists.

The proposal, with 368 against and 274 in favour and 34 abstentions, failed after the centre-right European People’s Party (EPP) said there was no legal basis for what one lawmaker called “another elite-driven project”.

But Macron said he supported the idea, which EU governments must still vote on, ahead of the May 2019 European Parliament.

“France will continue to defend this idea in months and years to come because it would contribute to strengthening European democracy by creating debates on European challenges and not strictly national ones during EU elections,” Macron’s office said in a statement.

Macron and his fellow national leaders, who have a final say, will discuss the matter at a summit on Feb. 23. Several of them, notably from smaller states which believe transnational lists would be dominated by France and Germany, have expressed opposition. EU officials also doubt the necessary law changes in all 27 states could be completed in time to allow for the introduction of the system as early as next year.

Macron set up his own party to win election in France last year and it has yet to form cross-border alliances within the European Parliament, limiting its influence there. Next year’s election, and potentially a transnational list backed by Macron, could increase the French president’s voice in the EU assembly.

At present, the biggest party is the EPP, led in the chamber by an ally of German Chancellor Angela Merkel.

After Britain leaves the European Union in March 2019, the European Parliament will have fewer lawmakers and the assembly is seeking to reallocate some seats to underrepresented countries such as Spain, Italy, France and the Netherlands.

Macron had proposed in September that some of these 73 seats freed up by Britain’s departure should go to Europe-wide constituencies instead of national ones.

Under the parliament’s proposal on Thursday, there would be 46 fewer seats in the parliament, taking the number of elected seats to 705 from 751, with no transnational seats. However, EU governments must still decide their position, before seeking the parliament’s final agreement to any compromise.

Macron and other European political groups including the Greens and the centrist liberals say transnational lists would help face down eurosceptic parties that have seen strong support in recent years. Others see a risk that anti-EU transnational lists could do well, while some are also concerned the system would create two classes of EU parliamentarians.

Gyorgy Schopflin, a centre-right EPP lawmaker, said there was not enough time to change EU countries rules to prepare for transnational lists before the 2019 vote.

“Not only is there no legal base for such an experiment, what we’re looking at is yet another elite-driven project in Europe that will only end up making the EU even more remote from the voters than they already are,” he said in a statement.