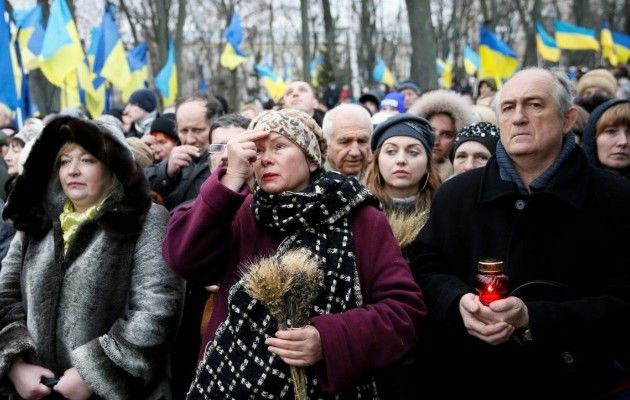 A Russian diplomat cautioned Israel on Wednesday over a proposed law that would formally recognise the deaths of millions of Ukrainians under Soviet rule as a genocide.

“This is not a good time to discuss such a proposal,” Leonid Frolov, Russia’s deputy ambassador in Tel Aviv, told Israel’s Army Radio. “It will be bad. It will be (the) wrong step.”

He was referring to preliminary legislation, submitted by a lawmaker from a centrist party in Prime Minister Benjamin Netanyahu’s governing coalition, that would declare Dec 6 as “Remembrance Day for the Ukrainian Genocide” in Israel.

Ukraine’s Holodomor, or death by starvation of as many as 10 million people in 1932-33, was denied by the Soviet Union for decades. Ukraine passed a resolution in 2016 appealing for world recognition of the Holodomor as genocide, angering Moscow.

Kiev is also embroiled in a row with Moscow over Russia’s annexation in 2014 of the Crimea Peninsula.

Hasson told Reuters he proposed the law after making a three-month fact-finding trip to Ukraine to examine the issue.

“I don’t know how anyone can be angry about this, and I’m under no obligation to please anyone,” he said. “I work for the parliament of Israel – a democracy, with human values, founded after a genocide. Why shouldn’t we recognise this genocide?”

Israel is mindful of Russian clout over its enemies Syria, Iran and Lebanon’s Hezbollah. The Netanyahu government has long sought good ties with the Kremlin and Israel stayed out of the 2014 Crimea crisis even as the United States condemned Russia.

He referred to Israel’s opposition to new Polish legislation that would criminalise suggestions that Poland was complicit in the Holocaust.

“Poland now wants to delete some pages of the history, and we are on the side of Israel,” Frolov said, adding that the proposal by the Israeli lawmaker on Ukraine also aimed “to rewrite the history, like in the Polish case.”

Ukraine’s government says 17 countries – eight of them former Soviet republics or satellites – have recognised the Holodomor as a genocide.

House get-together for past and present MPs