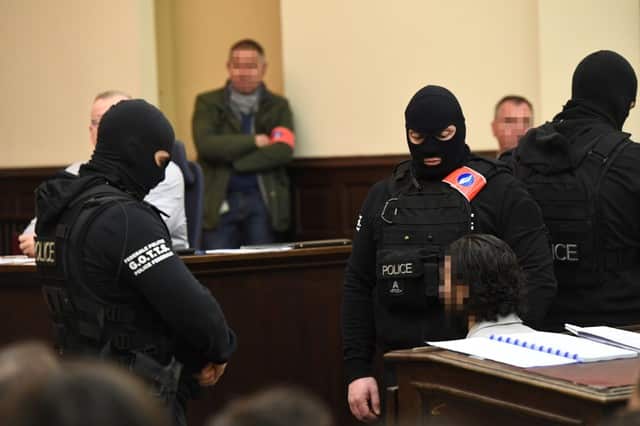 Salah Abdeslam, the prime surviving suspect of the 2015 Paris attacks, should be acquitted of attempted murder during a shootout with police in Brussels in 2016 because of procedural errors, his lawyer said on Thursday.

Prosecutors in Belgium have charged Abdeslam, 28, with attempted murder over the Brussels shootout, days before his arrest, and called for a jail term of 20 years.

He still faces a trial in France over the 2015 Paris attacks in which 130 people were killed.

Lawyer Sven Mary told a Belgian court that the principal error was prosecutors’ use of French, rather than Dutch.

“It is a real problem which should make you declare the proceedings void,” Mary told the judge.

Belgium is split along linguistic lines with Dutch speakers in the north and French speakers in the south and the choice of language in trials, as well as in politics, is based on a complicated web of legal texts.

Mary added that the holding of the trial, with a large media presence in court, meant the public had confused the case with bombing attacks that killed 32 people in Brussels in 2016 and Abdeslam’s suspected involvement in the Paris attacks.

“Madame president, you are not here to judge on those cases. The security and media madness could give you the contrary impression,” Mary told presiding judge Marie France Keutgen.

He also took issue with prosecutors’ charge of attempted murder “in a terrorist context”. Witnesses, for example had not heard anyone inside the apartment shout “Allahu Akbar” (God is greatest) when shots were fired.

“In the file there is no element which would allow Abdeslam to be convicted of a terrorist offence,” Mary said.

Abdeslam refused to answer the judge’s questions on the opening day of the Brussels trial on Monday and declined to appear in court on Thursday.

Mary described his client as a stoic who placed his fate in God’s hands.

By the time of the shootout in March 2016, Abdeslam had been hiding out in Brussels for four months after fleeing Paris on the night of the November 2015 attacks. His elder brother was one of the attackers.

Abdeslam was arrested three days after the shootout. Four days later, suicide bombers killed 32 people at Brussels Airport and on the city’s metro.

Prison escapee from north could have fled across buffer zone