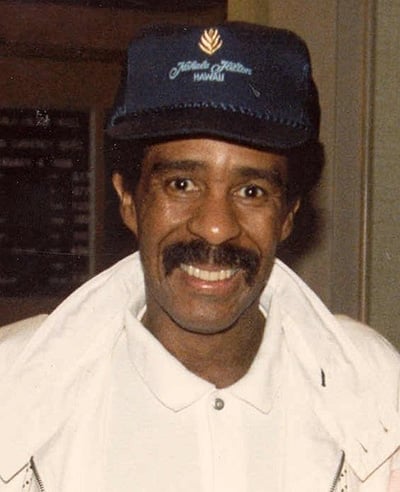 Daughter of the late actor Richard Pryor, Rain Pryor, has dismissed claims that he had once slept with Marlon Brando

Rain Pryor admitted her seven-times married father was progressive and sexually open, but dismissed claims from producer Quincy Jones – that were corroborated by his widow Jennifer Lee Pryor – that he had once bedded the late ‘Godfather’ star.

She wrote on Facebook: “Daddy did NOT have relations with Brando.

“There were no trips to his South Pacific Oasis, no flowers or love notes between. Not even a film role.

“My dad was very open with his life, so much so that news of his relationship with a trans woman in the early 70s and 80s wasn’t really newsworthy nor notable. As a child I knew her, not as the trans person in our home, but the lady whom everyone accepted.”

The 48-year-old actress – the daughter of the ‘Stir Crazy’ actor and his second wife Shelley Bonus – also claimed Quincy is “losing his mind” and slammed people for sharing the interview with Vulture, in which he made the claim about Brando and her dad.

She wrote: “All you who touted Faux News and preach about wanting blacks to be represented in a great light and then posted Q’s interview are irrelevant and full of your own BS. Q, was once a brilliant music producer who is losing his mind, and decided to garner publicity for himself with a sensationalized interview.”

And Rain also hit out at Jennifer, who was married to Richard

death in December 2005, after a lengthy battle with multiple sclerosis.

She added: “Then on top of it all, my dad’s so called widow validated it, because she needs to keep legitimising herself and tarnish our dad even after he’s dead. She hated Q and Daddy.”

Producer Quincy, 84, made the sensational claim while also alleging Brando

had sex with novelist James Baldwin and music icon Marvin Gaye in the 1970s.

He explained: “Marlon used to go cha-cha dancing with us. He could dance his ass off. He was the most charming motherf***er you ever met. He’d f**k anything. Anything! He’d f**k a mailbox. James Baldwin. Richard Pryor. Marvin Gaye.”

Asked again whether he knew for certain that they’d all slept with the iconic actor, Jones responded: “Come on, man. He did not give a f**k!”

And in response Jennifer admitted the claim was true, and she thought her late husband would be “cracking up” at the thought it had now become public knowledge.

She said: “It was the 70s! Drugs were still good, especially Quaaludes. If you did enough cocaine, you’d f**k a radiator and send it flowers in the morning.”

She added that the ‘See No Evil, Hear No Evil’ actor wrote in detail about his love life in his diaries, which are set to be released later this year.