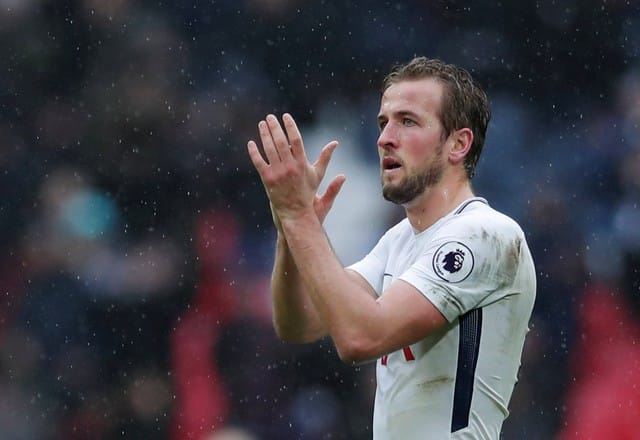 Harry Kane’s 101st Premier League goal was the difference as Tottenham Hotspur earned a 1-0 win over Arsenal, to continue their fine recent form in north London derbies in front of a Premier League record crowd at Wembley on Saturday.

Both teams struggled to get going in the first half, but the contest burst into life straight after the interval, with Kane heading in his seventh goal in seven matches against Arsenal to break the deadlock in the 49th minute.

Arsenal almost snatched a point at the death, but substitute Alexandre Lacazette fired wide, and in truth, the margin of victory should have been greater, as Spurs wasted several chances to double their advantage in front of a crowd of 83,222.

None the less, the hosts hung on for the victory that enables them to leapfrog both Liverpool and Chelsea — who do not play until Sunday and Monday respectively — into third place, seven points clear of sixth-placed Arsenal, who have now beaten Spurs just once in eight league games.

“We feel very proud. The performance was fantastic,” Spurs manager Mauricio Pochettino said. “We have to keep going.”

Pochettino went with the same side that drew at Liverpool, while counterpart Arsene Wenger left Lacazette on the bench, with new signing Pierre-Emerick Aubameyang up front.

It took until the 27th minute for the game’s first real chance to be created, but Kane could not keep his header down.

Arsenal were a threat on the counter, but rarely troubled Hugo Lloris in the home goal during the first half.

“The game should have been finished at halftime,” Wenger said. “We missed opportunities on the counter attack because of a poor final ball.”

The second period was the antithesis of the first, in terms of action, as Spurs took the game to Arsenal. Kane brilliantly headed Ben Davies’ cross into the net four minutes into the half before then missing an easier header moments later.

Arsenal were reeling and had Petr Cech to thank for keeping them in the match after the Arsenal goalkeeper tipped Eriksen’s free kick over.

As the visitors pressed for an equaliser, they left gaps at the back, and Dele Alli should have capitalised from such space, but prodded wide.

The gilt-edged chances kept coming for Spurs, with Kieran Trippier next to shoot too close to Cech.

Lacazette came mightily close to snatching an undeserved point in stoppage time, but he could not find the target, and Arsenal slipped to a third defeat in five league games.

Turkish helicopter shot down by Kurdish militia in Syria’s Afrin