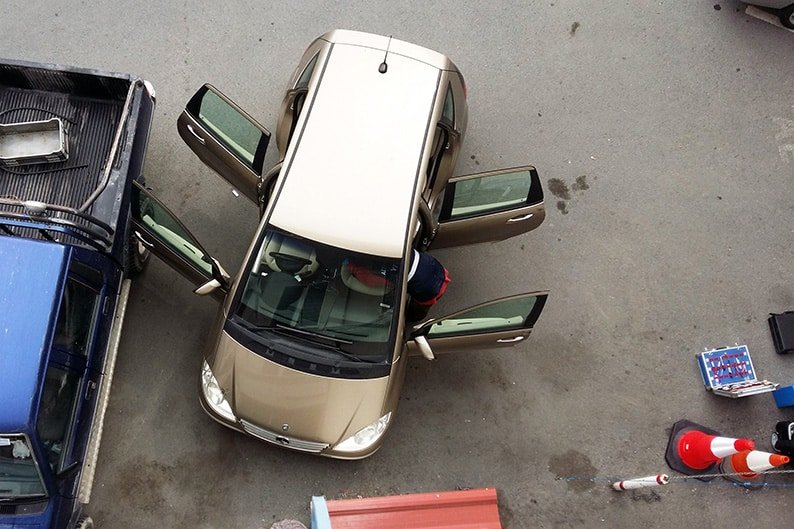 Police have issued an arrest warrant for a 32-year-old Latvian woman suspected of transporting a car back to a rental agency following a murder at a restaurant in Limassol.

According deputy police Spokesman, Marinos Vassiliou, after authorities identified the woman, they were able to issue a court-ordered arrest warrant for the 32-year-old.

According to the 25-year-old’s testimony the 32-year-old woman was instructed to take back the car, used to transport the suspected assailants who killed 47-year-old Ernesto Leonides at a Yermasoyia restaurant.

The car police believed was used to transport the three suspects in the Limassol murder on Thursday was found parked at a rental agency, authorities said on Saturday.

According to authorities, the car was identified at the rental agency managed by a 25-year-old suspect.

Police said that the car was taken to the Limassol police HQ for further examination.

On Friday, a court ordered the 25-year-old and a 24-year-old Georgian man be remanded into custody for eight days.

Both suspects have denied their involvement in the murder of Leonides, and claim they were only transporting the three other suspects to lunch.

The two men have told authorities that they were at a restaurant next-door to the restaurant, where the murder occurred, and that once they heard the shouting and gunshots they attempted to flee on foot, leaving the car at the scene.  The car was then picked up by a woman that worked at the rental agency.

However, the suspects’ stories regarding their abandonment of the scene did not match, according to CNA, with the first saying they left on foot and returned to their homes, and the other saying that they called the first suspect’s brother to pick them up.

Police are searching for seven suspects: the three assailants, the two people that had been eating with the victim, the woman that picked up the car, and the brother of one of the suspects in custody.