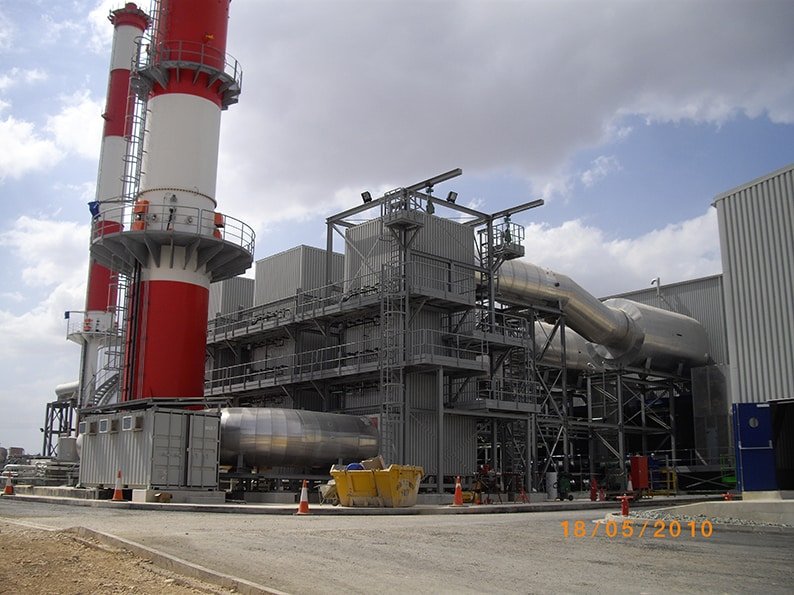 THE European Commission (EC) agreed to partially fund the cost of infrastructure to enable Cyprus to import LNG. This was one of the 17 projects selected under the framework of the European support programme for trans-European infrastructure Connecting Europe Facility (CEF) on 25 January.

The specific project is known as CyprusGas2EU and its purpose, according to the EU list of projects, is to ‘remove internal bottlenecks in Cyprus to end isolation and to allow for the transmission of gas from the Eastern Mediterranean region.’

In fact, as far as Cyprus is concerned, the main purpose of the project, at least initially, is to enable the import of LNG for power generation. The island must switch its electricity generation from burning heavy fuel oil (HFO) to natural gas by 2020 if it is to avoid hefty fines by the EC.

If at a later stage, sufficient gas discoveries are made and if it is commercially feasible to build a greenfield LNG liquefaction plant at Vasilikos, the LNG import facilities could be modified to facilitate export of LNG.

The EC appears to understand and support this position.

The need to import LNG for power generation is not new to Cyprus. The first attempt was made in 2005 and since then as many as eight other attempts have been made, but none of them was successful.

One of the reasons the last attempt in 2016 to tender building such a facility failed was because the infrastructure costs were too high in relation to the low quantities of gas Cyprus needs to import. In the announcement that followed this abandonment, the government said in a press statement “the import of gas for power generation will be delayed until at least 2020 when it is expected to start pumping gas from Aphrodite in Block 12 of Cyprus EEZ.” This, of course, is not going to happen any time soon.

It is hoped that CEF funding will improve financial feasibility of the proposed LNG import project and lead to reductions in Cyprus’ high electricity costs, but this is not yet clear.

The need to import gas has now become urgent, as after 2020 Cyprus will incur serious carbon emission penalties, to be imposed by the EC, if it continues burning HFO and diesel for power generation.

Another reason is that, by 2018, EU member states must make climate change commitments in support of the EU targets of at least 40% cuts in greenhouse gas emissions (from 1990 levels), at least 27% share for renewable energy and at least 27% improvement in energy efficiency by 2030. Cyprus is nowhere near these targets and will not be able to achieve them without switching to natural gas and liberalising renewables for power generation.

A third may be realisation that the development of the Aphrodite gasfield is not progressing and is receding well into the future, due to the low global gas prices. As a result, the expectation that Cyprus will benefit from Aphrodite gas for its domestic needs is also receding. So, meeting the 2020 EU deadline can no longer rely on Aphrodite gas.

According to Cyprus law the Public Natural Gas Company (DEFA) is the sole importer and distributor of natural gas on the island. DEFA retained Gaffney Cline & Associates (GCA) in December 2016 to carry out a study, with part-funding from the EU, to analyse the various options for supply of LNG, including definition of the necessary infrastructure and commercial structure as well as the means and sources of financing of the project. The study was completed in May 2017.

Based on cost, time and flexibility considerations, GCA recommended that Cyprus imports LNG using an FSRU. This should be done through two projects. As a result, the plan is to float two public tenders as follows:

Natural gas procurement – tender to be announced by Q1 2018.

Infrastructure development – tender to be announced by Q1-Q2 2018.

Excluding the cost of port facilities, the estimated cost of infrastructure development is €250m. This excludes the FSRU, but includes the building of a jetty, as well as infrastructure, metering facilities and onshore pipelines to transport the regasified gas to the Cyprus Electricity Authority’s (EAC) power generation plants. Port facilities and emergency shelter for the FSRU in case of adverse weather conditions are estimated to add another €100m to the cost of the project.

Progressively, the project will include the introduction and use of natural gas by the transport, industry and energy sectors in Cyprus.

The infrastructure development was the basis of the proposal to the EU for funding under last year’s Connecting Europe Facility (CEF) programme.

The funding allocated to the project by CEF is €101.5m for the energy-related components of the infrastructure project. It does not include the construction of port facilities or the leasing of the FSRU.

Following completion of Cyprus’ presidential elections and the setting up of a new government in February, the plan is that DEFA will retain advisers for the next phase of the project for legal, commercial and financial consultancy services. Following the submission deadline on 7 November 2017 for the ‘Prequalification Stage: Invitation for Requests to Participate’, DEFA announced that 18 proposals had been received and will be evaluated according to the relevant procedures.

Timing may be dictated by the result of the elections. If the current government is returned to power, there should not be a need for a prolonged transition period or change.

Cyprus’s gas needs for power generation are modest. In accordance to the CEF application this will start at 1 bn m3/yr in 2020 and grow to about 1.8 bn m3/yr by 2025. This ramp-up is based on the establishment of a natural gas supply system on the island, so that gas distribution can eventually be extend to other sectors of the economy, such as industrial, commercial, transport and residential, not just power generation.

The proposed plan is that the FSRU will start operations in January 2020 and may continue until the end of 2039. According to this, the winning bidder will receive a fixed income for the first 10 years, regardless of the quantities of imported and regasified LNG. The contract may then be extended for another 10 years.

The use of FSRUs for LNG import is now widespread and successful. In most new projects FSRUs are being leased to minimize costs and allow future flexibility, in case conditions change, such as high LNG prices or, in the case of Cyprus, gas production from its own gasfields starts within the first 10-year period. Some of this flexibility may be lost in Cyprus.

Given the current status of the global LNG market, with a persistent glut of LNG supply, such a project should attract considerable interest.

The DEFA and GCA studies considered alternative methods to import gas prior to concluding that importing LNG using an FSRU is the best option given the circumstances, and in particular the 2020 deadline.

However, an article released by Cyprus News Agency (CNA) in December 2017 claimed that that Greek oil and gas company Energean has suggested to take Aphrodite gas by pipeline to the FPSO it proposes to use to develop the Karish and Tanin gasfields, treat it and export it to Cyprus. This has not been confirmed by Cyprus’ government.

Given that Energean is offering gas to its Israeli clients at just over $4 per mn btu, such an offer could be interesting and possibly competitive against the LNG import option. With Aphrodite running the risk of remaining stranded due to the low global gas prices, this merits consideration.

Another option could be gas from Leviathan’s phase 1A. This is expected to be completed by 2019, but it still needs to secure additional gas sales.

Suggestions have also been made on how natural gas can be used to develop a petrochemical industry in Cyprus, including the setting-up of a methanol production plant. Apparently preliminary studies have been completed and demonstrate the feasibility of such a project.

Becoming indifferent to the truth