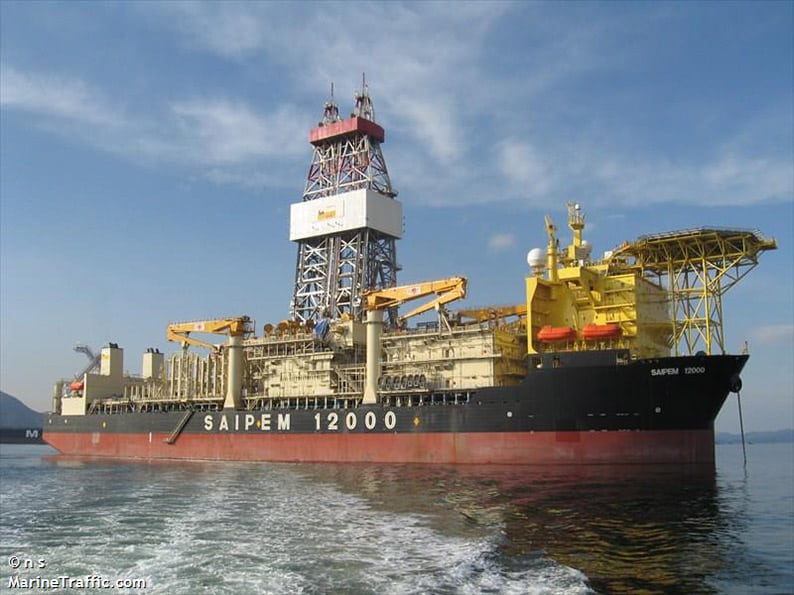 A vessel conducting drilling operations on behalf of Eni in Cyprus’ Exclusive Economic Zone, will remain in position until the situation created by Turkish military activity in the area of the Eastern Mediterranean is resolved, a spokesman for ENI has told the Cyprus News Agency.

The spokesman also said that the vessel, Saipem 12000,  has planned drilling operations on behalf of ENI in block 3 in Cyprus’ EEZ.

“Eni can confirm that on Friday afternoon the Saipem 12000 vessel had to stop the transfer journey to a new location as it was stopped by Turkish military ships with the notice not to continue because there would be military activities in the destination area,” a spokesman from ENI told CNA on Saturday night. Reports said there were anything from three to six Turkish warships in close proximity to the platform.

The vessel, the spokesman said, “has prudently executed the orders and will remain in position pending an evolution of the situation.”

Saipem 12000 has planned drilling operations on behalf of ENI in Block 3 in the waters of the Exclusive Economic Zone of the Republic of Cyprus, he added.

The vessel, which stopped some 15 nautical miles from its target location within Block 3, named Soupia or Cuttlefish, was some 70km off the coast of Cape Greco, on the southeastern corner of the island. The drillship had travelled from Block 6 of the south-west coast on Friday a day after ENI announced promising gas finds within that block, named Calypso.

The government of Cyprus has been in constant communication with the government of Italy and ENI , reliable sources have told CNA. They also expressed the belief that Rome will resolve this matter.

On Thursday, ENI announced that it has made a lean gas discovery in Block 6 Offshore Cyprus with Calypso 1 NFW. The well, which was drilled in 2,074 meters of water depth reaching a final total depth of 3,827 meters, encountered an extended   gas column in rocks of Miocene and Cretaceous age. The Cretaceous sequence has excellent reservoir characteristics.

An intensive and detailed data collection (fluids and rock samples) has been executed on the well. Calypso 1 is a promising gas discovery and confirms the extension of the “Zohr like” play in the Cyprus Exclusive Economic Zone (EEZ).

Additional studies will be carried out to assess the range of the gas volumes in place and define further exploration and appraisal operations.

ENI is the operator of Block 6 with 50 per cent of participation interest while Total is partner with the remaining half.